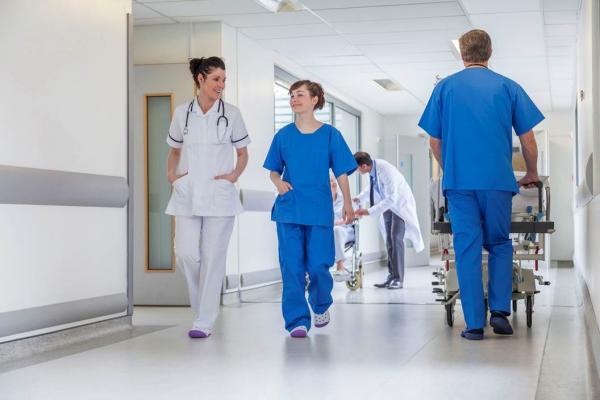 Agrippa acoustic fire door holders are proving their value in one of the North East’s largest hospital trusts, where they are legally holding open fire doors, helping to ease access through busy corridors while protecting occupants in the event of a fire alarm.

Designed for ease of installation and quick fitting to any door, Agrippa door holders use Geofire’s digital technology to ‘listen and learn’ the sound of a specific fire alarm. This ensures the holder’s releasing trigger reacts only to the precise sound of the fire alarm rather than extraneous loud noises, so false activations are claimed to be almost eliminated.

“The fire door holders have proved to be the perfect solution within certain areas of the Trust,” said the Fire Safety Advisor for Gateshead NHS Foundation Trust’s. “Additionally, their ‘learning’ of the specific fire alarm means that they work perfectly with our alarm bells and there have been no false closures due to loud noises.”

As a retrofit solution, Agrippa acoustic devices are reportedly fitted quickly to any door with a magnetic fire door holder that is mounted behind the door at either floor level or at the top of the door. A learning function optimises settings to suit the installed position and it can be programmed for timed daily releases. A holder requires only two C cell batteries (which last for 12 months} with a battery life indication and low battery warning. It is approved to EN1155 and CE marked.

Today buildings can have a multitude of critical systems and sub-systems all requiring different methods of usability and control. As such, Tyco has developed the Victor...