No Red Cards for the Beautiful Game 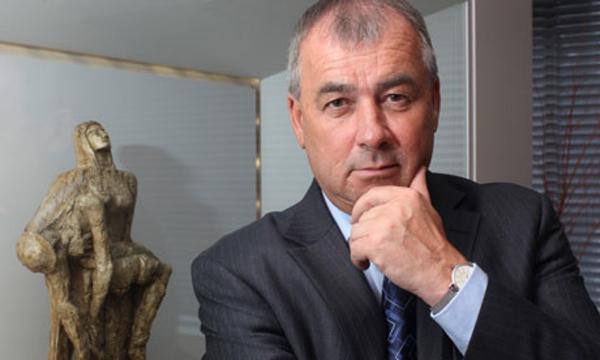 ACAS’s Chairman and former head of the TUC, Brendan Barber, has urged employers to spare the whistle before and during Euro 2016.

It has launched new guidance to help employers prepare for potential issues that could arise over the tournament period when it starts in France between Friday, 10 June and Sunday, 10 July with football match start times will vary between 2pm and 8pm.

ACAS advises employers and small businesses to have agreements in place that cover requests for time off, sickness absence, website use during working hours or watching television during this period.

"The Euro 2016 tournament is an exciting event for many football fans but staff should avoid getting a red card for unreasonable demands or behaviour in the workplace during this period,” advised Barber. "Many businesses need to maintain a certain staffing level in order to survive. Employers should have a set of simple workplace agreements in place before kick off to help ensure their businesses remain productive whilst keeping staff happy too.”

Sir Brendan preferred to use football language to explain why ACAS believed this course of action would be a wise one to adopt when passions and interest were bound to be high. “Our guidance can help managers get the best from their team players, arrange appropriate substitutions if necessary and avoid unnecessary penalties or unplanned send offs.”

Annual leave – ACAS believes bosses could  look at being ‘a little more flexible’ when allowing employees leave during this period and employees should remember that it may not always be possible to book leave off.

However, it stressed a ‘consistent approach’ should be applied for leave requests for other major sporting events too as not everyone was attracted to the ‘beautiful game’.

Sickness absence – levels of attendance should be monitored during this period in accordance with the company's attendance policy. Any unauthorised absence or patterns of absence could result in formal proceedings. This could include the monitoring of high levels of sickness or late attendance due to post match celebrations.

Flexibility – one possible option is to have a more flexible working day. Employees could come in a little later or finish sooner and then agree when this time can be made up.

Watching and listening – Allowing staff to listen to the radio or watch the television may be another possible option. Employers could also allow staff to take a break during match times. Another option is to look at allowing staff to swap shifts with their manager's permission.

Fair and consistent – ACAS argues that it is important to be both fair and consistent with all staff if you allow additional benefits during the European Championship. Any change in hours or flexibility in working hours should be approved before the event.

Employers should have a clear policy on web use in the workplace that is communicated to all employees. If employers are monitoring internet usage then the law requires them to make it clear that it is happening to all employees.

Drinking – Some people may like to participate in a drink or two while watching the match or go to the pub to watch a match live. It is important to remember that anyone caught drinking at work or under the influence of alcohol in the workplace could be subject to disciplinary procedures. There may be a clear ‘no alcohol’ policy at work and employees may need a reminder.

Picture: Chairman of ACAS Brendan Barber believes flexibility during Euro 2016 will pay off for both staff and employers