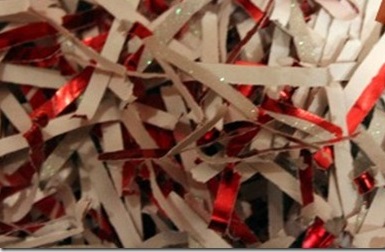 It was announced yesterday in Boston that IronMountain, a storage and information management firm, had signed a definitive agreement to divest its international shredding operations located in the United Kingdom, Ireland and Australia to Shred-it International ULC. The sale value is approximately US$29.8 million.

Shred-it in return has agreed to sell its Canadian based Securit Records Management Inc. business for approximately US$29 million. The deals are subject to customary closing conditions and price adjustments, and are expected to close by Christmas.

“We chose to divest our UK, Irish and Australian shredding businesses because collectively they are much smaller than our North American operations, and we did not benefit from the same scale,” said William L. Meaney, president and CEO of Iron Mountain. “After an extensive review of our international product portfolio, we concluded that collaborating with Shred-it was a better option in these countries, allowing us to support our customers’ document destruction needs and freeing-up resources for making future investments in our growing records management and data management businesses.”

Shred-it EVP of EMEA Robert Guice said: “This is a strategic opportunity for Shred-it and this acquisition would allow us to leverage existing infrastructure to expand our customer base in key EMEA markets. Acquisitions will continue to play an important role in Shred-it’s corporate plans.”

In the past four years, Shred-it has acquired 28 secure destruction companies.

Securit Records Management in Canada consists of nine facilities and 3 million cubic feet of records. Two of the largest facilities are located in Ottawa and Toronto, where Iron Mountain sought additional space to support new and existing customers.

Shred-it offers destruction services that ensure the security and integrity of clients' private information. The company operates in 140 markets throughout 17 countries worldwide, servicing more than 300,000 global, national and local businesses.

It's over a year since GDPR came in to force and yet over two-thirds of poll respondents still think their organisation is not compliant. This lack of confidence...