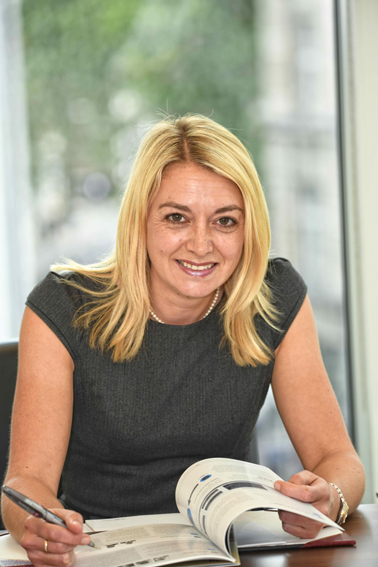 The latest taxation changes to commercial and residential property could cost non-UK companies £millions. The latest set of changes come in to force on 6 April 2020.

The changes will have an impact on non-UK companies which own and rent out residential and non-residential properties in the UK says leading accounting and tax advisory firm Blick Rothenberg.

The firm’s head of Corporate Tax, Genevieve Moore, said: “The taxation of UK residential and commercial property has been transformed over recent years, having an impact on UK and non-UK resident individuals and companies.

”With effect from 6 April 2020, non-UK resident companies that carry on a UK property business will be charged to corporation tax in the UK, rather than pay income tax on their profits. This change will align the treatment of resident and non-resident corporate landlords but is likely to increase the tax liabilities of the largest non-resident landlords.”

Moore gave an example: “Crucially, once the non-resident corporate landlords are subject to corporation tax, rather than income tax, they will be subject to the 'Corporate Interest Restriction' (CIR) rules. These rules, which only apply to companies, restrict the amount of tax relief that can be claimed for interest.

“However, assuming a property purchase of £100 million (not unrealistic for some of London’s real estate), which has been funded with £70 million of debt. Taking an interest rate of 5%, would give simple interest of £3.75 million per annum.

"Under the current rules the non-resident landlord would be able to claim a deduction for the full amount of interest against the rental profits generated from the property. But under the corporate tax rules, this interest will be restricted. There are detailed calculations to establish the amount which is tax deductible but potentially this could be reduced to just £2 million, resulting in an additional UK tax liability of £300,000.

“Fortunately, there is a de-minimums, so if a business is paying less than £2 million per annum in interest, the rules are unlikely to apply.  However, the £2 million is a group limit, so if there are other UK related companies, the non-resident landlord with less than £2 million of interest could still be impacted.”

Some of the other key differences between the income tax rules and the corporation tax rules are outlined below.

Losses generated by the company after it comes within the corporation tax regime will be subject to the corporation tax loss restriction rules.  This limits the amount of brought forward losses that can be relieved in a future accounting period to £5 million, plus 50% of the profits in excess of £5 million.

The UK has widely drawn anti-hybrid rules which can deny a deduction for expenses where it is made to or from a hybrid entity or relates to a hybrid instrument.

The corporation tax rules are designed to work closely with the accounting treatment of items for financial statements prepared in accordance with UKGAAP or IFRS.  Many non-resident companies do not prepare financial statements or if they do they may not be compliant with IFRS or UK GAAP.  It has not yet been confirmed what type of accounts non-UK resident corporate landlords will need to file with their tax returns but accounts will be required.

The non-UK resident landlord will still be required to complete the existing Form SA700 for the year ended 5 April 2020 and file this with HMRC by 31 January 2021.  Thereafter the non-UK resident landlord will file corporation tax returns for the period covered by the company accounts, e.g. 31 December.  The return will need to be filed online within 12 months of the company year end.

Under corporation tax rules, the non-resident landlord will have different tax payments dates, rather than the under the existing arrangements where they pay tax in January and July each year.  Companies with taxable profits less than £1.5 million (although this limit is divided by the number of related companies in the corporate group) will pay their tax nine months and one day after the end of the accounting period. However, large companies with taxable profits of more than £1.5 million will be required to make estimated tax payments on a quarterly basis throughout the year.  Interest will be charged where the instalment payments are underpaid.

She emphasised: “Non-UK resident corporate landlords should take the time now to understand the impact that the transition to corporation tax on 6 April 2020 will have on the business tax profile and tax payment dates.”

Long-Term Leases are Preventing a Move to Hybrid Working

Business leaders who may otherwise consider switching to a hybrid model are being hampered by being stuck in a long term lease. Flexible space operator Clarendon has...

London-based Clean for Good has secured its first Fair Tax Mark certification, demonstrating its commitment to paying tax in a transparent and fair manner. The Fair...