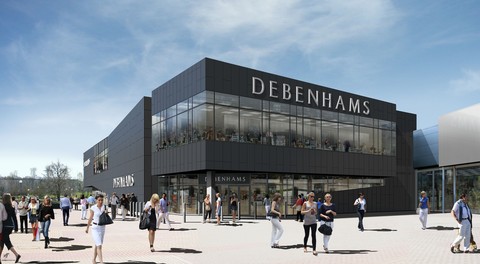 The first Company Voluntary Arrangements (CVA) pertains to Debenhams Retail Limited, the main trading entity. The other relates to Debenhams Properties Limited. Although Debenhams Plc went into administration, the two trading companies stay intact - with all their supply agreements in place.

Terry Duddy, Executive Chairman of Debenhams, said: "The issues facing the UK high street are very well known. in order for the business to prosper, we need to restructure the group's store portfolio and its balance sheet, which are not appropriate for today's much changed retail environment. Our priority is to save as many stores and as many jobs as we can, while making the business fit for the future."

The CVAs do not seek to compromise claims of any creditors other than certain landlords, local authorities and inter-company liabilities. All trade suppliers and the entitlements of employees will continue to be paid in full during the process.

The CVA is part of the company's restructuring and turnaround plan. In conjunction with this, certain of the Group's financial creditors recently provided £200 million of fresh liquidity and have committed to equitise £100 million of debt. Value recovery for the shareholders of Debenhams plc is expected to be nil.

The CVA proposals provide a mechanism to restructure the store estate in line with a plan outlined in October 2018 to reduce the current 166 UK store portfolio by closing around 50 stores. The first stage of that programme proposes up to 22 store closures in 2020.

Assuming the CVA becomes effective, a fund of a maximum value of £25 million will be available for those creditors compromised by the CVA. To become effective, each CVA Proposal requires 75% or more in value of the creditors voting at the Creditors' Meeting on the resolutions to approve the CVA and for more than 50% of the total value of the unconnected creditors to vote in favour. The meeting will be held on 9 May 2019.

Administrators were appointed to Debenhams plc (in administration) on 9 April 2019. The underlying group operating companies are unaffected and all businesses are continuing to trade as normal. Debenhams Group Holdings Limited, its subsidiaries and certain dormant companies, which together make up the Debenhams Group, were transferred to the ownership of Celine UK NewCo 1 Ltd. on 9 April 2019.

Stores expected to close in 2020