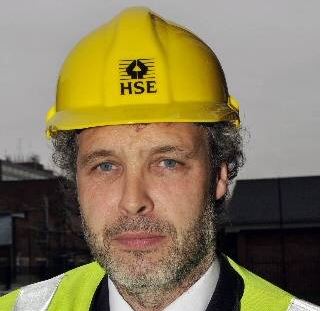 Workplace falls and dangerous machines have been named as the two most common reasons for companies being prosecuted over health and safety breaches in the North West.

The Health and Safety Executive successfully brought 65 cases to court in the region during the 12 months from April 2013, with 14 cases involving work at height and 12 involving unsafe machinery.

HSE prosecutions in the North West included a construction company and sub-contractor from Bolton who appeared before magistrates after a worker suffered a fractured skull and broken back when he fell from a house roof.

On average, 23 people are killed while at work in the North West every year, with an estimated 181 lives lost across Great Britain. In 2012/13, falls from height were the most common cause of workplace deaths, accounting for almost a third of fatal injuries to workers.

Steven Smith, HSE’s Head of Operations in the North West, said: “Sadly, it’s often only after the death or major injury of an employee that firms take action to improve safety but hopefully, by bringing these cases to court, we’ll raise awareness of the issues and help prevent future incidents.

“It’s vital that firms carrying out work at height do more to stop employees being injured in falls. That could include using scaffolding or harnesses, or installing netting under fragile roof panels.

Meanwhile, in the most recent case successfully brought by the HSE against a company for failing to prevent a fall from height, a solar panel installation firm and its technical director have been prosecuted after an employee broke his back when he fell 6m through the roof light of a barn in Northamptonshire.

A 20 year-old man from Woolston, near Warrington, has been unable to work and has suffered constant pain and depression since the incident at Norton Grounds, Daventry on 28 November 2011. Northampton Crown Court heard that he fell while installing solar panels for Alternative Energy Installations Limited, which has since gone into liquidation.