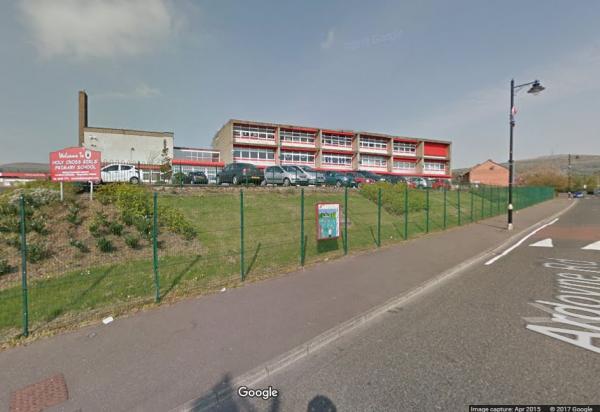 A 'significant device' has been seized following a security alert outside Holy Cross Girls Primary School in the Ardoyne area of north Belfast on Sunday night.

Belfast District Commander Chief Superintendent Chris Noble said: “Shortly before midnight, police discovered what we now know to have been a significant explosive device. The area was immediately sealed off and a number of nearby local residents, including very distressed young children, were evacuated for their safety.

"The device, which was found at the gates of a local primary school, was examined by ATO (Anti-Terrorism Officers) and found to be viable and capable of substantial harm. A number of controlled explosions were carried out and the device was rendered safe before being removed for forensic examination.

"There is no doubt that this device was intended to kill community police officers patrolling and tackling community issues in Ardoyne however its placement and the manner in which it was left, undoubtedly mean that had it detonated, it would almost certainly have caused death or serious injury within the local resident population as well.

"My view is that this was absolutely an attempt by violent dissident republicans to kill police officers but it was also very much an anti-community act.

"The people living in this area were placed at great risk. Had this device not been found when it had, there is no telling what we may have been dealing with. Young children would have been walking right past that device tomorrow morning, families reside in this area and children play outside."

"The misguided individuals behind this device are seriously out of step with this community and clearly don’t care about the lives of those living in Ardoyne or the danger and disruption they have brought to their doorsteps." continued the Chief Superintendent. "Placing this device, where they did, beside a school, shows the contempt and disregard they hold this community in.

"As a police service we will not be deterred by such acts nor by the small number of individuals behind them."

An investigation, led by detectives from PSNI’s Serious Crime Branch has now commenced.

Picture: A device capable of substantial harm has been found outside the Holy Cross Girls Primary School in the Ardoyne area of north Belfast. Image with thanks to Google Maps