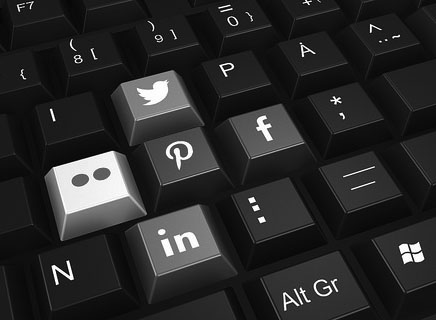 A computer program has been developed that is able to correctly identify depressed individuals from their social media photos 70% of the time, according to a study involving 166 users of a popular social media app.

In comparison, previous research has shown that general practitioners can make a correct unassisted diagnosis of depression 42% of the time. The research is published in the open access journal EPJ Data Science.

Dr Christopher Danforth, study co-author from the University of Vermont, said: "Our analysis of user accounts from a popular social media app revealed that photos posted by people diagnosed with depression tended to be darker in colour, received more comments from the community, were more likely to contain faces and less likely to have a filter applied. When they did select a filter they were more likely to use the filter that converted colour images to black and white. People diagnosed with depression also posted at a higher frequency compared to non-depressed individuals."

Dr Danforth added: "With an increasing share of our social interactions happening online, the potential for algorithmic identification of early-warning signs for a host of mental and physical illnesses is enormous. Imagine an app you can install on your phone that pings your doctor for a check-up when your behaviour changes for the worse, potentially before you even realise there is a problem."

The researchers used the computer program to analyse 43,950 photos, following recruitment of 166 users of a popular social media app, including 71 people that had a clinical diagnosis of depression. The program scoured the photos for details that were associated with healthy and depressed individuals. This information was then used to see if the program could predict who would go on to be diagnosed with depression by only looking at photos that were posted before their diagnosis.

Dr Andrew Reece, study co-author from Harvard University, said: "Although we had a relatively small sample size, we were able to reliably observe differences in features of social media posts between depressed and non-depressed individuals. Importantly, we also demonstrate that the markers of depression can be observed in posts made prior to the person receiving a clinical diagnosis of depression."

The study is limited by the generalisation of the term 'depression' in the data collection process. Depression is a complex, multifaceted illness and is frequently present with other health conditions. Future research should seek to address the reliability of the computer model against more finely tuned definitions of depressive disorders, according to the researchers. Furthermore, a total of 509 participants were initially recruited, but 43% were dropped from the study because they did not consent to sharing their social media data. This raises concerns around data privacy which will need to be addressed should a similar model be developed for widespread clinical use.

Picture: Can you social media profile and use help to diagnose depression?