Nothing But a Hill of Beans 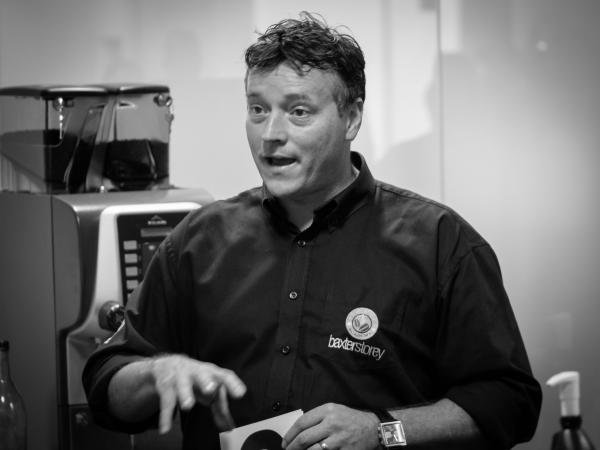 Three BaxterStorey baristas have been recognised amongst the best in the UK, earning a place in the semi-finals of next month’s UK Barista Championships.

Don Altizo, Jana Slamova and Keiran Carney all came within the top 12 at regional heats earlier this month and are now preparing to compete in the semi-finals on 9th April.

Tim Sturk, head of coffee training and development at BaxterStorey said: “This is the fourth consecutive year BaxterStorey has reached the semi-finals. Jana is currently ranked number one female barista in the UK following her success as last year’s competition.”

Sturk added: “Our Barista Academy provides a thorough understanding of the history of coffee, the coffee bean journey, the importance of the quality of milk, machine maintenance, recipe management and customer service.”

Sodexo’s children’s menu at St Mary’s Hospital in London has been awarded the Food for Life Catering Mark Bronze Standard.

Imperial College Healthcare NHS Trust and Sodexo introduced a new kitchen to serve St Mary’s Hospital paediatric ward last autumn. The introduction of the kitchen means that children are able to choose from a wider range of dishes, freshly prepared on site by Sodexo chefs. The new kitchen also caters for children who arrive late on the ward or who are attending an appointment elsewhere in the hospital.

The Food for Life Catering Mark is awarded to food providers by the Soil Association as an independent endorsement of the provenance and sustainability of the food they provide. It recognises caterers who are meeting standards on freshness, sustainability and animal welfare.

Some of the criteria met by the catering team at St Mary’s includes: at least 75% of dishes on the menu are prepared on site from unprocessed ingredients; all meat is from farms that satisfy UK animal welfare standards as a minimum, (such as Red Tractor) and is farm-assured; and menus make the best use of seasonal ingredients, as such in-season UK-grown fruit and vegetables.

Andrew Murray, head of facilities at Imperial College Healthcare NHS Trust said: “Our new, fully equipped kitchen for paediatrics means we are able to prepare children’s meals from scratch, using fresh, unprocessed ingredients. This means parents can rest assured that while their child is in hospital they are well fed, using fresh ingredients, just like they would at home.”

Perkee is produced in partnership with Bewleys and the Soppexcca coffee co-operative in Nicaragua. The co-op (which is 40% female run), was set up by Fatima Ismael and aims to improve the lives of its members and the community. Soppexcca’s profits are ploughed back into education, diversification and health centres in Nicaragua.

Simon Houston, of Bartlett Mitchell said: “Customers expect a brand of coffee in the workplace with ethics and Perkee has been developed to meet these expectations. We have carefully designed every element of the Perkee brand including training, merchandising and uniform.”