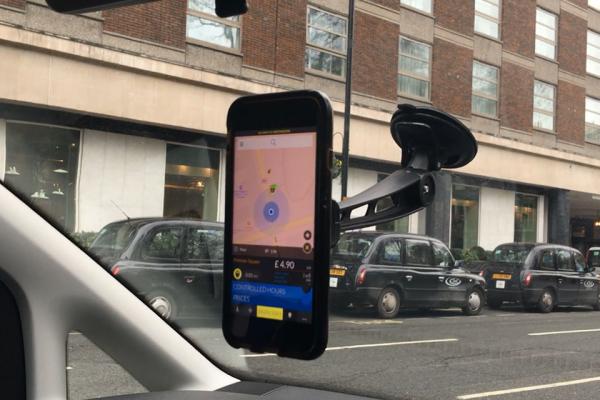 Apps that notify motorists of congestion and available parking spaces and real time journey information for visually impaired passengers, are just some of the projects that will receive a share of £4 million government technology funding.

Nineteen councils across England will receive between £50,000 and £300,000 each for their ideas to improve journeys through digital innovation.

The money will be spent on developing technology such as apps and sensors which can be used to cut congestion, improve parking in city centres and alert drivers when electric car charging points become available.

£234,000 for Blackpool to use Bluetooth technologies to cut traffic congestion

£182,000 for Dorset to provide advance congestion warnings for drivers on the A31 using an app

£300,000 for Warrington to provide real-time information to businesses and public through on-street information displays, social media and phone apps

£150,000 for Coventry for a real-time bay availability system across 450 pay and display parking spots

£204,000 for Westminster, Hounslow, Hammersmith and Fulham to roll out a new generation of electric vehicle charge points which will provide real-time data to motorists when they are available

Roads Minister Andrew Jones, said: "Technology is rapidly evolving and this important work shows that if we get it right, it can cut congestion, speed up journeys, clean up the environment and improve accessibility."

Picture: Apposite that parking Apps get some funding

The uptake of plug-in cars has reached a record high in the UK with more than 115 electric cars registered every day during the first quarter of 2016. In total,...