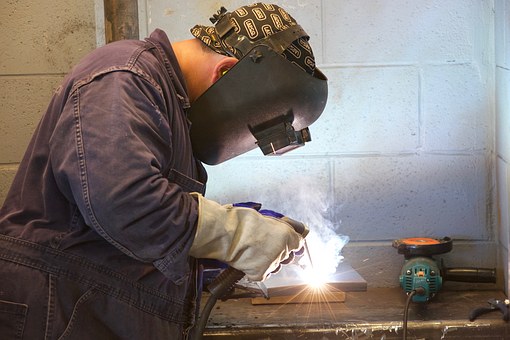 It’s been National Apprenticeship Week. Flicking through the press it’s great to see the real success stories; young people, keen to learn practical skills, in a job that’s paying them whilst they do so. Happy employees and happy employers.

What we’re not seeing so much of is information and promotion about the forthcoming apprenticeship levy which, for many businesses across England is going to have a significant impact on their training budget.

Given that it is coming into force on 6th April, I’m a bit worried about this.

Giving it some stick

During my 20 plus years working in the world of skills and workforce development I’ve seen governments taking very different approaches to skilling the workforce with varying levels of carrot and stick; with initiatives that simply threw money at the problem, to co-investment and the more recent ‘employer ownership’ philosophy which basically means that businesses are expected to pay; not the public purse. The carrot has gone. It’s basically all stick now.

So how does this affect the facilities management sector?

Well, given that FM service providers are by far some of the largest employers in the UK, it's no doubt that the apprenticeship levy is going to have an impact; and at 0.5% of their annual salary bill  taken at source by HMRC it won’t be an insignificant amount either. Ouch.

I’ve spoken to lots of L&D managers recently and it’s fair to say that views range from 'well it’s just a tax, the money’s gone' to 'we’re just outsourcing all our levy spend to one provider' and those looking more under pressure  have been told to 'manage it all internally'. There’s also a general resignation to the fact that it’s just something else to deal with. I’m sure not the optimistic response government might have envisaged when it made the policy announcement.

As my time leading the Building Futures Group (which was the trade association for the FM sector), we fought hard to address its key challenges: FM has an image problem; it isn’t recognised by government as a key sector; young people are not attracted to FM; margins are too low for the service providers to really invest in skills.

Yet the reality is also that those that do work in the sector are passionate about it. There are great roles to be had opportunities to progress and work in some amazing places. Most people fall into it by accident, yet they seem to stay and are by far its biggest advocates.

So with an introduction of a compulsory levy, maybe we have an opportunity for FM businesses to take a step back, review their approach to recruitment and workforce development and address those issues that have held the sector back for far too long. Other sectors that have suffered from similar problems have taken huge strides to address them by taking a new approach to skills, progression and recruitment - take the logistics sector for example - and maybe we can learn from this.

Sure, the levy is only one component of a broader talent and workforce development piece, but if it’s the lever that triggers a change, then I support it. Let’s start to look at how apprentices can truly be seen as an equivalent to our graduates; let’s understand what it takes to support our apprentices in their role so they become the FM advocates of the future - promoting the sector and encouraging others to join.

FM companies do already invest a great deal in skills, so let’s use the levy creatively, to ensure the sector is getting the skilled workforce it needs. Employers remember, you are in the driving seat now. It's your money. It can only be accessed by providers when you’ve agreed a price and quality of provision that you’re happy with.

Together we can grasp this chance, engage and work it to your advantage. Let’s see the perception of FM change and let’s see our people and businesses thrive by doing so.

I now run Spaghetti Junction, an education services provider and am involved in the FMCentral educational and networking organisation

The theme of the 12th annual National Apprenticeship Week - 4 to 8 March - is Blaze a Trail. The week highlighted the benefits of apprenticeships to employers,...