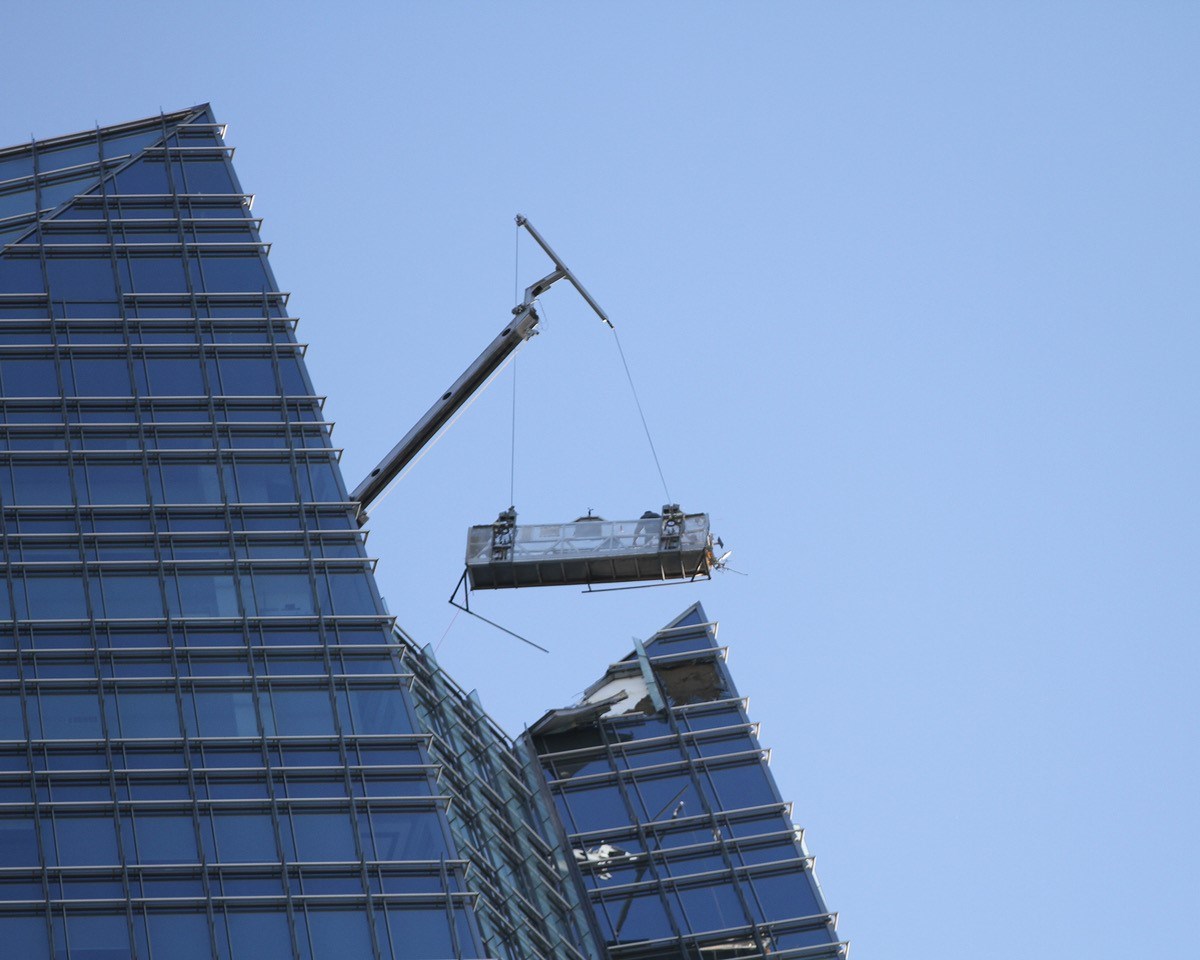 A bright and sunny morning for a couple of window cleaners in Oklahoma City turned intense as they swung from their cradle smashing through windows on the tallest building in town.

On Wednesday May 15, the Oklahoma City Fire Department dispatched crews to the Devon Tower at 7:43am after a report that the platform the workers were in was swinging out of control.

Arriving firefighters witnessed the basket swinging violently at the very top of the tower. Glass was breaking and falling to the street below as the platform crashed into the tower.

Crews secured a safe perimeter in front of the building to ensure that nobody was struck by falling debris. Technical Rescue Specialists then made their way to the top of the tower. They quickly devised a plan. They secured rope bags to the building and then threw the bags up to where the contract window cleaning workers were still swinging well above the roofline.

After the platform was stabilised, firefighters were able to remove the workers from the platform who were then taken to be examined for injuries - remarkably, they refused further treatment or transport.

Picture: It was All Er Nothin' in a dramatic Oklahoma high rise rescue.