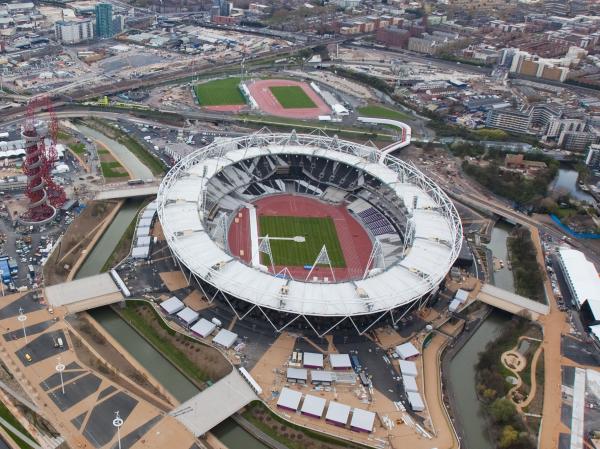 Soon to be the home of West Ham Football Club, news broke that London Legacy Development Corporation (LLDC) has been boxed into a corner and has stated it will pay main contractor, Balfour Beatty a further £35.9 million for the conversion of the Olympic Stadium.

The main problem centred on difficulties with the roof that was part of the original £154 million deal between Balfour Beatty and LLDC. At around 45,000m2 and 84m at its deepest point, the new roof will be the longest cantilevered roof in the world, covering every seat in the Stadium and improving the acoustics and spectator experience.

In a statement concerning the matter, LLDC stated: ‘We will meet these costs from the project contingencies and additional income we will generate from our other developments. There will therefore be no additional call on the taxpayer and no impact on our current programme.

‘We will continue to deliver the most successful Olympic legacy in the history of the Games. We are committed to creating a new heart for east London with new jobs and homes, alongside iconic sporting venues and beautiful parklands.’

LLDC is convinced that the additional cost will be met within existing budgets and there should be no delay in the handover phase.

Caption          Complex roofing problems to the Olympic Stadium conversion have led to a further £35.9 million being paid to Balfour Beatty by LLDC

Olympic Stadium transformation contracts have come to £272m and include the world's largest cantilevered roof and retractable seating to create a multi-use...

A full Knauf system specification is being used in a landmark development on the site of the former Athletes’ Village in Stratford that was a centrepiece of the...