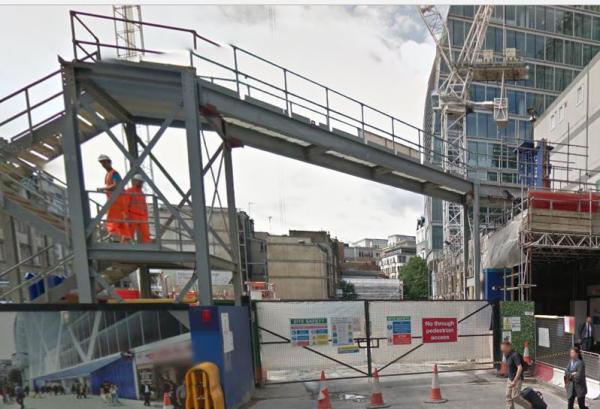 Land Securities has been quick to issue a statement regarding its 21 Moorfields, London EC2 development with press speculation suggesting Deutsche Bank has made a huge post-Brexit commitment to the property.

Land Securities statement reads: 'In response to recent press comment regarding the development site at 21 Moorfields, Land Securities confirms, in line with previous market guidance, it will shortly complete demolition of the existing buildings which will be followed by piling and construction of an above station raft in accordance with a consented scheme. Construction of the raft is due to be completed by June 2018.

'Land Securities is also in discussions with Deutsche Bank regarding a pre-let for the development which would require alterations to the design of the building above ground. These negotiations will take several months and there is no guarantee they will lead to a transaction'.

The new building (or two buildings which currently have planning permission) will sit above one entrance to Moorgate Station (which is likely to be re-named Liverpool Street Crossrail).

Land Securities is the UK’s largest listed commercial real estate company. Its £14.5 billion portfolio totals 23.6 million sq.ft and includes some of London’s most desirable office buildings and the UK’s most successful shopping and leisure destinations.

Picture: 21 Moorgate is under demolition/construction - with thanks to Google Maps

We've got a property digest brimming with stories - including the sad news that Arsenal will not be returning to Woolwich as had been hoped for many...

The competition winning designs for a new museum and art gallery in Swindon - taking the Frank Gehry designed Guggenheim Museum Bilbao (1997) as inspiration - have been...