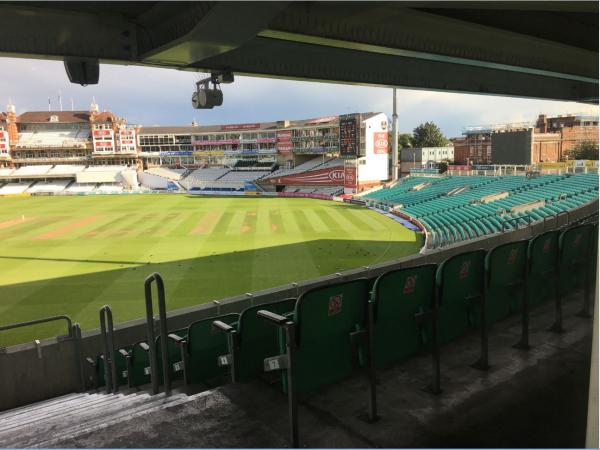 The security arrangements at the Oval for Thursday 31's cricket match between Middlesex and Surrey have been slammed by ThisWeekinFM's own eye witness.

The Doyle Club/Facilities & Workplace London Networking Club was taking place on the Corinthian Rooftop Terrace with nearly 500 guests in attendance. It is claimed that not one of them had been subject to even the most cursory security checks.

Dave Mapps, one of the organisers from ThisWeekinFM said: "I walked into the ground carrying bags and pop-up banners. I showed my self-printed ticket to the security on the gate - they didn't even look at it and simply waived me through. At a second point, the same happened. Nobody asked to inspect my bags; nobody asked to check I wasn't carrying a bazooka in the pop-up banner bag. You would not have thought there was any kind of heightened awareness at sports grounds as far as the security arrangement at the Oval were concerned.

"I could have walked on to the Corinthian Rooftop Terrace with a machete or a gun - and nobody would have stopped me."

The Oval has already promised to review its security arrangements. It is rumoured that the security personnel were relatively new and stewards were indeed rank amateurs.

Mapps also said: "The police on the other hand were incredibly efficient. They turned-up incredibly quickly in numbers - armed, unarmed and with dogs. They calmly dispersed the crowds and took control of the situation. Rapid response really does seem to mean 'rapid' as far as the Met is concerned."

Previous reporting from the ground as the incident happened

The entire crowd in the stands at the Oval for the last day of the Middlesex v Surrey cricket match were evacuated on Thursday 31 after a crossbow bolt was fired into the ground. Reports suggesting people were originally asked to take cover are misleading - only those in hospitality areas were asked to relocate.

The Doyle Club/Facilities & Workplace London Networking Club was originally forced to move to a small room from its setting on the Corinthian Rooftop Terrace. Nearly 500 guest where then told to leave the ground and head for safety.

The players quickly left the pitch - the crossbow bolt had landed close enough to the crease for it to be obvious to both them and the umpires what had occurred. The match was abandoned.

The evacuation was initially conducted very discretely by the security officers in attendance - with the possibility that if the culprit was still on the premises, there was a chance of an apprehension.

Chris Phillips of IPPSO, a security expert who was a guest at the networking event had time to speak to a number of TV and radio channels.

Phillips will be speaking at the TWinFM CBRE Counter Terrorism Conference. For the possibility of a free invite to the Conference - Click Here

A further evacuation was instigated at 5:02pm - meaning ThisWeekinFM and the Doyle Clubs' guest had to leave.

The Police were made aware at 4:35pm. Officers, including firearms officers arrived promptly and organised a controlled evacuation of the ground.

It is now believed that the object came from outside of the ground and not within as was originally presumed by the Oval's own security team. At this stage, the incident is not being treated as terrorism related.

Picture: Main - At 5:02pm, an empty Oval. Below - Out of the blue a crossbow bolt landed on the playing surface at the Oval cricket ground. 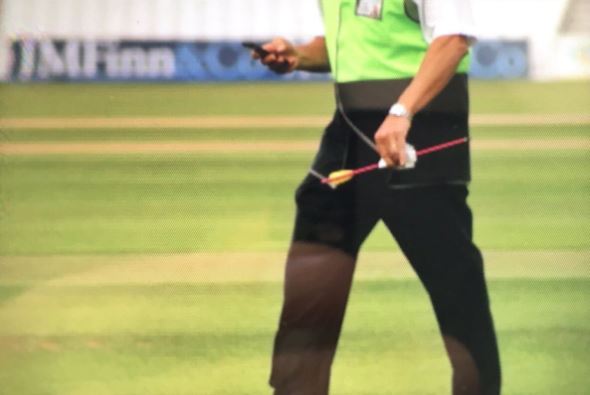