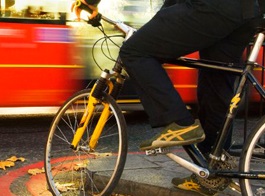 From Monday, 16 February, London’s streets have seen an additional 600 Roads and Transport Policing Command (RTPC) officers operating at strategic locations to 166 ‘key’ junctions. A campaign will run over the next six weeks to enforce the law and issue fines as part of the latest Operation Safeway.

The Metropolitan Police felt compelled to act with the deaths of 29 people on the capital’s highways, including three cyclists; a trebling of the figures from last year.

Operating in conjunction and joint-funded by Transport for London (TfL), the police will be aiming to adopt a ‘robust approach’, targeting all road users including cars, lorries, HGVs, cyclists and motorcyclists found committing traffic offences. There will be specific focus on mobile phone usage while driving, speeding, failure to wear seat belts, red light violation, failure to comply with advanced stop lines, vehicle defects and no insurance. Cyclists will be stopped and will be either warned or fined for mounting pavements and going through red lights.

"As an organisation we are committed to road safety and must do everything in our power to influence road user behaviour to prevent people being killed or seriously injured on the roads,” explained Superintendent Robert Revill, Roads and Transport Policing Command. "All road users have a responsibility for road safety and it is essential that everyone takes every step they can to keep themselves and others safe on the roads."

In support of Operation Safeway, the RTPC Cycle Safety Team will be running Exchanging Places events, which puts people, particularly cyclists, in the driver's seat of an HGV to get a better understanding of what a driver can and cannot see, especially with regard to cyclists on the nearside and directly in front of the vehicle. As a result of the Exchanging Places’ programme 97% of cyclists stated they would change their riding behaviour and 99% said they would recommend it to a friend.

Although London has had two Operation Safeways making national headlines, other cities have their own policies of attempting to have safer highways.

One example that responded to enquiries by TWinFM was Greater Manchester Police.

It has a similar operation – Operation Considerate, a four-week initiative that was run by GMP and Manchester City Council  between 20 October 14 and November 2014. “The aim was to educate road users (including cyclists and motorists) about sharing the road responsibly and enforce where appropriate,” stated a police spokeswoman.

The operation was declared a success by the police and council. Traffic officers saw a ‘significant change’ in behaviour from all road users during the campaign, with far fewer traffic offences committed as it progressed.  Comparing the enforcement and education phases, there was:

The Traffic team regularly tweet about the operation using the hashtag #OpConsiderate (@gmptraffic).

Picture: Operation Safeway, with over 600 police enforcing the law on motorists and cyclists, began this week in London in response to a trebling of fatalities on London’s streets.