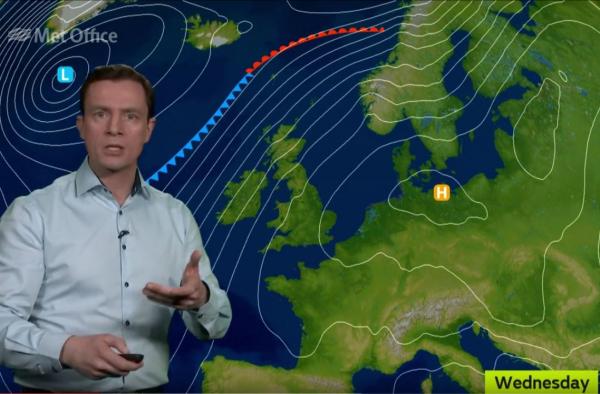 Colder and windier for all on Thursday and Friday, with sunny spells by day and frosty nights. Winds easing into Saturday with showery rain, mainly in the north and west.

The Met Office issued Yellow Weather Warnings on Tuesday 24 night. These mean 'Beware' as freezing fog threatened to descend again over much of Wales, the Midlands and down across the rest of England and out to the east coast (Devon and Cornwall will avoid the worst).

Travelling conditions were difficult with journeys likely to take longer than usual and delays to air travel possible.

Staying cold and dry across England and Wales with fog slowly clearing southern parts to give some sunshine. Milder and windier in the north-west with rain affecting the Hebrides later.

Picture: We have the weekly - starting on Monday - weather forecast below