Over 1 Million Tradespeople at Risk from Asbestos 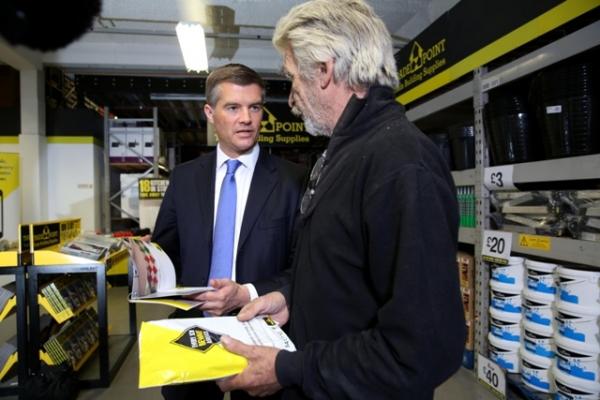 The HSE has launched a new safety campaign as an average of 20 tradespeople die every week from asbestos related diseases. The grim figure of 1.3 million at risk illustrates how prevalent a danger the material is, often taking years to develop in a person.

The campaign is targeted at tradespeople as they will be in danger of disturbing the material in the course of their normal work of removing and installing. The Health and Safety Executive (HSE) estimates that tradespeople spend on average 1.53 days a week in buildings built before 2000, which have a high risk of containing asbestos; the equivalent of 70 days a year.

Asbestos can be found in walls and ceilings, or the structure of a building, as well as a host of other places, e.g. floor tiles, boilers, toilet cisterns, guttering and soffits. It can be disturbed by basic maintenance work like drilling holes and sanding and once disturbed, the microscopic fibres can prove lethal if breathed in, causing lung disease and cancer.

As well as illustrating how often tradespeople can be exposed to asbestos, the survey commissioned by the HSE revealed some common myths believed by those at risk.

One in seven (14%) believed that drinking a glass of water would help protect them from the deadly dust and one in four (27%) thought that opening a window would help to keep them safe. Only a third (30%) of those asked, were able to identify all the correct measures for safe asbestos working, while more than half (57%) made at least one potentially lethal mistake in trying to identify how to stay safe.

The research, undertaken by Censuswide in September 2014, shows that while more than half (53%) knew that asbestos could be in old buildings built before 1970, only 15% were aware that it could still be found in buildings built up to the year 2000. Another worrying factor was that although many of those surveyed could pinpoint some asbestos-containing materials, others were ‘clueless’, with only 19% recognising it could also be hidden in common fixtures such as toilet seats and cisterns.

Mark Harper, Minister responsible for Health and Safety, launched the latest HSE campaign at the TradePoint store in Cricklewood. The company is supporting the campaign by distributing asbestos safety kits to tradespeople through their stores across the UK.

“The number dying every year from asbestos related-diseases is unacceptably high,” said Mr Harper. “Despite being banned in the construction industry, asbestos exposure remains a very serious risk to tradespeople. This safety campaign is about highlighting the risks and easy measures people can take to protect themselves.”

A key feature of the campaign is the creation of a new web app for phones, tablets and laptops that helps tradespeople easily identify where they could come into contact with the deadly material as they go about their day-to-day work and gives them tailored help on how to deal with the risks.

pictured: Mark Harper, Minister of State responsible for Health and Safety (left) at the launch of the HSE campaign on asbestos