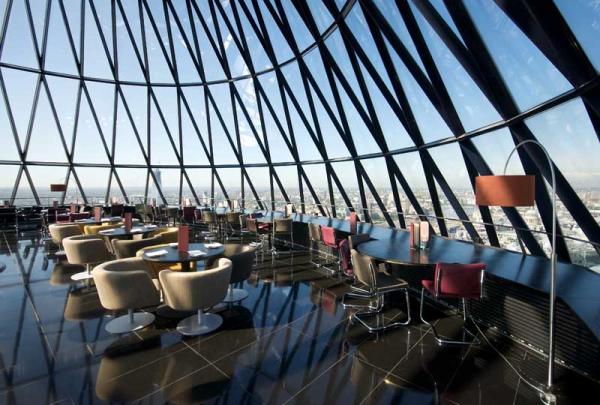 Overseas investors accounted for 72% of all investment in Central London office space in Q3 2014, according to the latest research by CBRE, the global property advisors. This is an increase from 68% in the previous quarter and up from 46% during the same period last year.

Bids to own a chunk of the Gherkin went in yesterday - watch this space for more news next week.

North American investors, particularly from the USA, were most active with notable transactions including Blackstone’s acquisitions of 25 The North Colonnade for £165m and 125 Old Broad Street for £320m and also Tishman’s £210m purchase of The Point at Paddington. Asian investors were also very prominent in Q3, with deals including Cathay Life’s £312m purchase of the Woolgate Exchange in the City (the first Taiwanese purchase in Europe) and Temasek’s, the Singaporean Sovereign wealth fund, acquisition of a half share in Mid-City Place for £181.3m,

Simon Barrowcliff, Head of International Capital Markets for Central London, CBRE said: “Once again, overseas investors remain the most active, accounting for 72% of transactions in Q3. We can attribute this not only to London’s strength and stability in the global market place but also to a strong rental growth story, now firmly established. It is interesting to note that the level of overseas demand has remained consistently strong even in the face of a significantly more expensive Sterling. In particular Blackstone’s strong recent showing in the market underlines the fact that even traditionally higher return focused investors continue to see value in London.

“The drop in transaction levels from the same period last year (transaction levels are 10% lower than this time in 2013) reflects again a lack of available opportunities - there is continued strong demand from domestic and overseas investors. A number of large opportunities, including the HSBC tower in Canary Wharf and the Gherkin, may prove the catalyst for transaction numbers to improve significantly in Q4, although they are very unlikely to reach last year’s record levels of £19.9bn, which were the highest since the crash in 2008.”

The Forward Funding Of Eli Lilly