Parking Chargers on the Increase 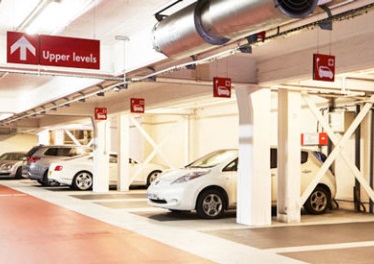 The operator of the largest electric vehicle (EV) charging network in the UK, Chargemaster, has taken responsibility for operating and maintaining all 124 charging points across parking provider, Q-Park’s, London facilities from 1 August 2016 onwards.

Under the new partnership, chargers at Q-Park’s sites across London will be upgraded to the latest specification units and fully maintained by Chargemaster. The company also plans to install additional charging points in the coming months to keep pace with demand from a growing number of EV owners and Q-Park customers.

In the last three years, there has been a remarkable increase in demand for electric vehicles in London and across the UK. The number of plug-in cars on UK roads increased from less than 7,000 in 2013 to more than 66,000 in the first half of July 2016. According to predictions by the AA, there will be more than 500,000 electric and plug-in hybrid vehicles in use by 2020. To meet this increased the partnership will ensure charging points are maintained, with additional and updated charging points installed as required.

David Martell, Chargemaster CEO said: “Today’s growing number of EV owners in major cities and across the UK expect to find an available, fully functioning, charging point wherever they park. This is something that we believe is paramount to the sustained uptake of EVs, so we are glad that Q-Park customers will now be able to take advantage of the latest charging technology.”

Adam Bidder, MD of Q-Park UK and Ireland said: “We have always been keen to encourage EV motoring in London and have invested significantly to build a network of 124 charging points across our 20 sites. Our new partnership allows us to offer customers a higher level of reliability, and to further expand our network in the future.”

To access the Q-Park charging points, motorists need to join POLAR at: www.polar-network.com. The monthly POLAR subscription is £7.85 per month and membership is free for six months. Membership enables motorists to gain access to all 4,000 charging points across the UK. A charge will be levied to recover the cost of electricity at 9p per kWh.

University Challenge - A Starter for Five

The University of Oxford has awarded Emcor UK a multi-million pound facilities management contract on a five year deal with the possibility of a two year extension,...