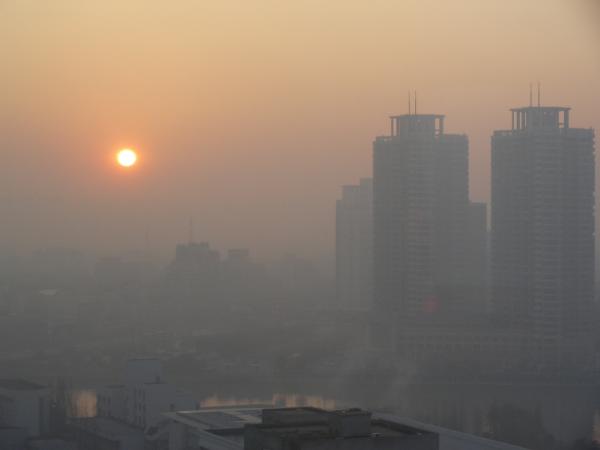 Amid a recent flurry of headlines around air pollution in the UK, Bureau Veritas has been quick to assert that patience must prevail as there are many major challenges to overcome in the long journey ahead for a clean-air Britain.

It comes as a major new study has revealed that the UK has one of the worst pollution death rates in Europe. Around 50,000 deaths last year in the UK were linked to toxic air and man-made chemicals, reveals a new study in the British medical journal, The Lancet, with the figure at a much higher proportion than in many other European countries including Germany, France, Spain, Italy, Denmark, Sweden and Switzerland.

In response, the UK Government put forward its draft air quality plan in May 2017 which has since been met with widespread criticism from environmental bodies and the like, labelling it ‘weak’ and ‘woefully inaccurate’. In July 2017 the UK Government also announced that it will ban all diesel and petrol vehicles by 2040.

For Bureau Veritas, however, drawing on its expertise in air quality safety, the transition to improved air quality cannot happen overnight and will be a long and lengthy process.

Dr Richard Maggs, Consulting Group Manager on Air Quality at Bureau Veritas, said: “There is no doubt that the poor level of air quality in the UK, particularly in urban areas, presents a massive concern to population safety and wellbeing. Despite recent headlines, however, we believe that the UK government takes this issue very seriously – the problem is that the change required to tackle it, unfortunately, cannot happen overnight.

“When it comes to our high-polluting transport sector, for example, there is a huge job to do. We must remember that there are over 36 million vehicles on UK roads each year and it’s not just about educating consumers to rethink their vehicle choices but also ensuring the infrastructure needed to support alternatively-fuelled options; be it electric, liquid nitrogen or emerging hydrogen options, is in place. After all, we are talking about a complete overhaul in the way we use our cars, purchase our fuels and choose our vehicles – and the reality is that the density of infrastructure for viable alternatives is not there yet and will take time.

“This, of course, is just one area of concern; the emerging issue of use of wood burning stoves for domestic use alongside further emission controls on industry, all show that there are other areas to focus on.

“Clearly then, while the choice for better air quality is an obvious one, the plan of delivery is inherently complex – yes it’s a long road ahead but by ensuring a holistic, long-term approach we can look to negate the risk of air quality for good.”