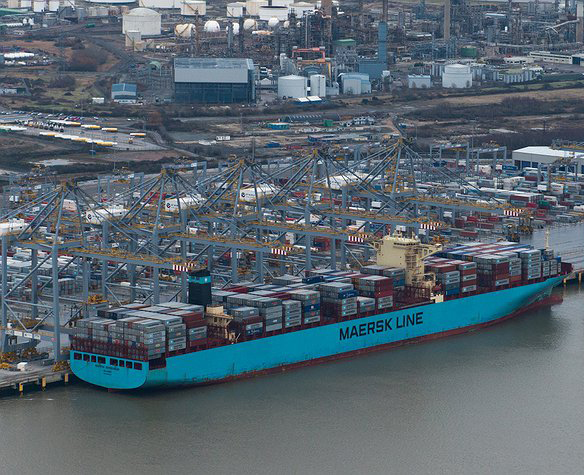 The Environment Agency has carried out a successful prosecution under the F-Gas Regulations that has been generally welcomed by the building engineering services sector.

Schneider Electric was fined £3,000 for failing to recover 15kg of sulphur hexafluoride (SF6) gas which was released to the air from high-voltage switchgear being installed at London Gateway Port in Essex.

The EA's Rooma Horeesorun, who led the prosecution, described SF6 as a “highly potent” fluorinated greenhouse gas that would remain in the atmosphere for generations. She added that the environmental damage caused was equivalent of flying a 737 jet airliner from Heathrow to Sydney, Australia and back three times over. SF6 has the highest global warming potential of any gas being targeted under climate change legislation. The emission of 1kg of SF6 is equivalent to an emission of 22,800kg of CO2.

“It is always disappointing to hear of any incidence of environmentally harmful gas being released to atmosphere,” stated Tim Rook, Technical Director, Building Engineering Services Association (BESA). “Our industry has made real progress in managing recovery and reclamation of f-gases in recent years, thanks to initiatives such as Refcom, the mandatory refrigerant handling certification scheme.”

Mr Rook believed this particular episode was a reminder of the importance of “remaining vigilant and that it was reassuring to see that the government agency charged with enforcing the F-Gas Regulations was able to follow up reports of wrongdoing with punitive action.

On the negative side, he asserted that policing of the F-Gas Regulations was “woefully under-resourced” and pointed out that this particular breach was self-reported by Schneider Electric. “The government needs to take another look at this," said Rook. "We cannot always depend on companies to do the right thing and Schneider should be given some credit for reporting this themselves. There can be little dispute that there are all too many unreported f-gas venting episodes going on out there and that the EA needs much greater investment to step up its monitoring work.”

It has been a legal requirement since July 2009 for all businesses that install, maintain or service stationary equipment containing or designed to contain f-gas refrigerants to obtain an F-Gas Company Certificate.

Picture: The equivalent of flying a 737 jet airliner from Heathrow to Sydney occurred at London Gateway Port in Essex and Schneider Electric was found guilty of the illegal discharge of SF6 gas