People Get Ready for Climate Push 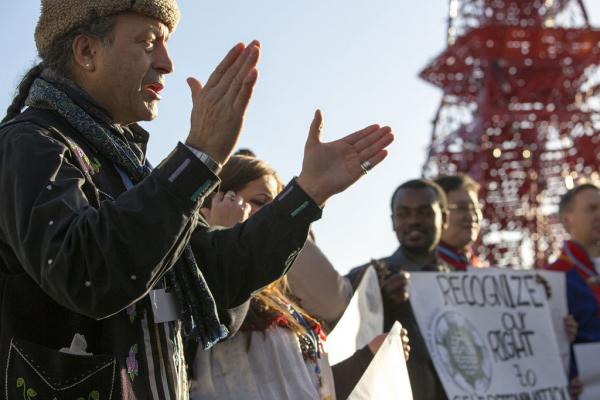 “One of the very valuable lessons that I’ve learned as Secretary-General during the last nine years is that no government, no international organisation, can do its work properly without active engagement and support from civil society,” Mr. Ban told members of non-governmental organisations in Paris, alongside Al Gore, the former Vice-President of the United States and Chair of the Climate Reality Project.

Gore presented a petition signed by 6.2 million people from around the world, as well as a joint statement on behalf of all civil society groups at COP21 (UNFCCC Conference of the Parties). It stated that these millions of individuals are 'demanding a strong agreement that will shift the world away from carbon pollution and rapidly towards climate solutions'.

Noting his appreciation for the signatures, the UN chief highlighted that he thinks the world is standing at a very critical moment: “I’m hopeful and I’m reasonably optimistic that we’ll be able to have for the first time in the history of the United Nations a universal and very ambitious climate change agreement which will make our lives healthier and more prosperous.”

Since the beginning of last week, government representative have been negotiating a new agreement with the goal of limiting global temperature rise to less than two degrees Celsius. Yesterday, Laurent Fabius, the French Minister of Foreign Affairs and President of COP21, said the intention is to have an adopted agreement by the weekend.

“We would not be where we are today here in Paris, with 196 Parties poised to adopt a global climate change agreement, without the leadership and vision of civil society,” Mr. Ban insisted, adding that after Paris is over, their voices will be needed more than ever.

Picture: Members of the International Indian Treaty Council ask for indigenous peoples rights to be respected at the UN climate change conference