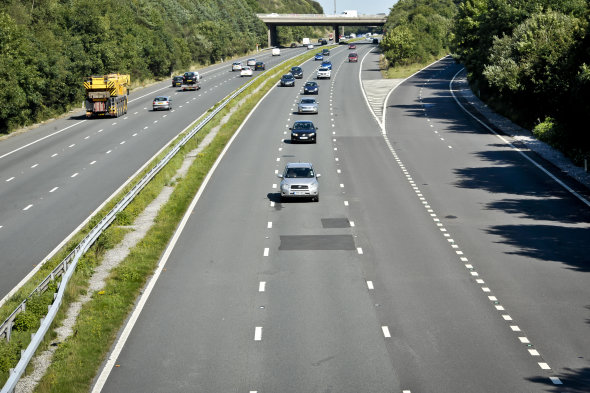 The first conviction for the specific offence of ‘motorway middle lane hogging’ since it was introduced in 2013 was handed out this month.

The offender, Ian Stephens, was fined £940 after driving his Citroen Berlingo at 60mph in the central lane of the M62 between Rochdale and Huddersfield last August. Leeds magistrates also put five penalty points on his driving licence.

Stevens compounded his offence by not turning up to court to receive the verdict.

According to a report in The Daily Telegraph, traffic police stated in evidence that ‘six drivers were forced to brake and swerve to overtake the vehicle’ which was travelling along the eastbound carriageway near Huddersfield on 25 August 2014.

Research has shown that persistent middle lane hogging can ‘waste a third of space as well as causing dangerous tailgating and passing on the inside by frustrated road users.

“Dangerous lane hogging is inconsiderate, increases motorway congestion and can inconvenience other road users,” explained David Williams, GEM*. “All drivers should know that they should use the inside lane unless overtaking. When they have finished overtaking, they should return to the inside lane. We would also welcome more traffic police patrols on our motorways to provide an effective deterrent for those drivers who are otherwise more likely to ignore these rules.”

The worst sections of motorway for lane hogging were, according to Direct Line research to be:

Picture: Hogging a dead horse? Although a law was brought in to stop middle lane hogging of space in 2013, the only conviction has been this month