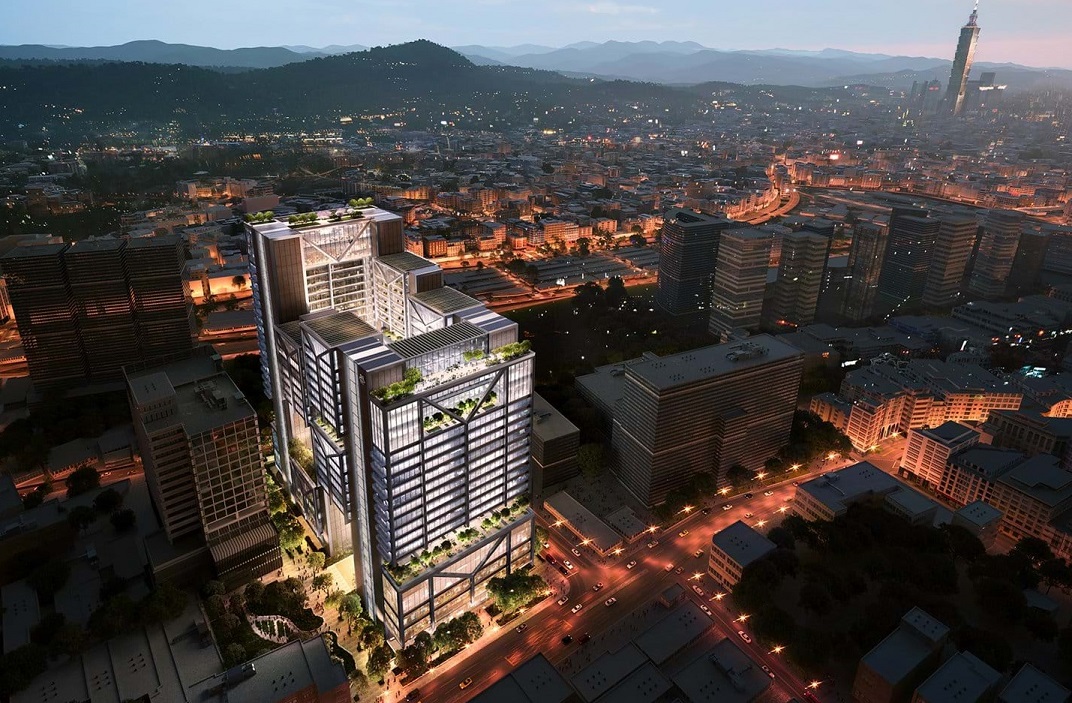 Designs for the new headquarters of the Goldsun Group in Taipei in Taiwan have been revealed following a successful Urban Design Approval.

Part of the Nangang urban regeneration project, the building will seek to introduce a new mixed-use typology to the area by replacing the existing Goldsun factory with a mid-rise building that establishes connections with the surrounding urban fabric.

Grant Brooker, Head of Studio at Foster + Partners said: “It has been a wonderful challenge working with our client to transform this existing industrial site into a contemporary urban complex - combining workplace, retail and living spaces around a series of tree filled courtyards. We hope that it will be a vibrant new social focus that will bring life to the area and form the centrepiece of its regeneration.”

Heart of the project

The complex, which contains office spaces alongside residential and retail areas, is arranged around a central courtyard – an outdoor event space that forms the social heart of the project with the buildings lifted off the ground, the courtyard creates a diagonal route through the site, connecting a new park to the northeast with the green area across the street to the south-west.

Nature plays a key role in the project with skygardens located on various levels throughout the complex, offering a variety of social spaces for the public and office employees to enjoy. The skygardens also encourage naturally daylit and ventilated spaces throughout the buildings. With rooftop photovoltaic panels and other sustainable measures. The project targets a LEED Gold rating.

The building blocks are supported by six cores that combine structure and services. These glazed ‘floating volumes’ are suspended between each of the solid cores using steel mega-trusses that form an expressed structural system, creating flexible, large-span floorplates.

The office block is located along the main commercial road towards the north, while the special social spaces take advantage of the views towards the mountains to the south. The top floors of the north and south blocks are occupied by quadruple height event spaces featuring meeting spaces, auditoria and entertainment areas, set against the backdrop of the Taipei skyline.

Young Wei-Yang Chiu, Partner, Foster + Partners, said: “We have enjoyed working extensively with the government and local experts to create a self-sustainable mixed-use community within our site. The support we have received from the local authorities and communities has been tremendous and we look forward to bringing the collaborative vision to fruition.”

Picture: The design of the new Goldsun HQ in Taiwan's capital have been approved.