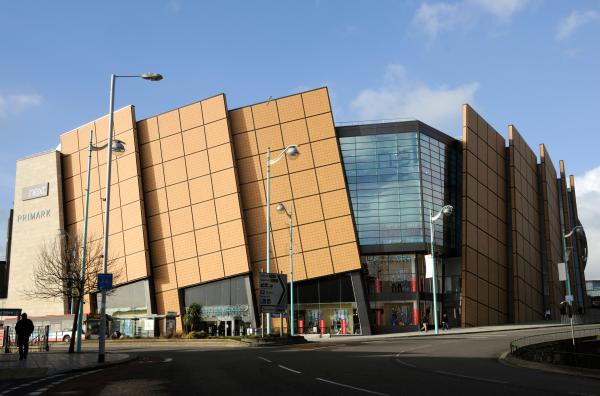 Broadgate Estates has given Imtech Inviron a three year shopping centre contract at Drake Circus in Plymouth. The role includes planned and reactive maintenance of the 425,000 square foot centre which offers over 60 shops, restaurants and cafés.

Inviron will have a dedicated on-site team, including a manager and six engineers, providing mechanical and electrical services, as well as building fabric maintenance work, seven days a week.

Mace published its 2016 annual report in June, showing a 14% increase in turnover to £1.97 billion. Macro, the facilities management arm, reported an 8% increase in profits from contracts and entered nine new countries in 2016, including Bahrain, Costa Rica, Czech Republic, Japan, Jersey, Jordan, Oman, Pakistan and Turkey. Headcount in the business grew by 6% to 766 staff.

The Mace Group overall posted a pre-tax profit of £10.7m, which was well below expectations.

FM provider, Servest, has been awarded the latest ISO 27001 accreditation for information security management. The certification is an internationally recognised standard that ensures organisations apply a framework to business processes, helping to identify, manage and reduce risks to information security.

The accreditation considers not only the IT infrastructure, but also encompasses all relevant business operations. Adhering to information security standards is required by an increasing number of clients, particularly within government and the public sector. To achieve the certification, Servest’s compliance was validated by the British Standards Institute after evidencing an ongoing and systematic approach to managing and protecting company and customer data, as part of an extensive two-stage audit process of internal procedures.

Mitie’s Care & Custody Health business has been awarded a three-year custody management contract with Cleveland Police. The contract, which comes with an optional three-year extension, will see Mitie lead on the provision of custodial services within the Hartlepool and Middlesbrough areas of Cleveland. Mitie will also provide bail management and the identification suites for ID parades.

The newly awarded services will integrate with the re-awarded existing forensic medical services that Mitie has been providing to Cleveland since 2010.

Police and Crime Commissioner, Barry Coppinger, said: “This is an extremely important contract, as it is about managing people in complex situations, looking after the welfare and ensuring legislation is adhered to."

Assistant Chief Constable Jason Harwin said: “Police custody is an important part of police investigations and in Cleveland around 20,000 people are dealt with in custody each year. We follow the National Custody Strategy to ensure that our use is legitimate and efficient, which includes limiting the use of police custody for Mental Health Act detentions. Mitie Care and Custody Health shares our aim of providing a safe and effective detention environment.”

The Walt Disney Company was joined by Sodexo to sponsor an event promoting LGBT equality in the workplace. Sodexo's Margot Slattery was among senior leaders speaking at the Out & Equal Equality Institute conference held at the National Gallery on Thursday 6 July, to coincide with the week of London Pride. More than 300 senior executives attended the event and there was a panel debate with leaders from JP Morgan, Accenture and LinkedIn. Waheed Alli, a life peer and one of the few openly gay Muslim politicians in the world, gave the keynote address.

Bartlett Mitchell, caterers, has donated its 50th water pump via its Thirsty Planet water programme. The company, which first launched the initiative to sell bottles of Thirsty Planet at participating client sites in 2013, donates 4 pence from every litre purchased to Pump Aid - a British charity that helps rural communities in remote sub-Saharan Africa to have a constant source of safe, clean, drinkable water by installing specialised water pumps.

As part of the initiative, Bartlett Mitchell allocates pumps to clients (whose employees have bought enough water to fund one) who are then provided with the exact coordinates of their pump so they know where it is located, and how many men, women, children and orphans have access to clean water as a result of the donation.

The 50th pump was donated on behalf of Rabobank, a Dutch food and agribusiness bank, located on Lower Thames Street, London.

The Joint Venture support services company headed-up by Carillion has been awarded the HESTIA North, and Scotland and Northern Ireland Soft Facilities Management Multi Activity Contracts. These latest contracts follow on from the award of the South East and London contract by DIO to the Joint Venture earlier this year. The two new contracts have a core revenue value of £158 million over the initial contract period of five years, but with the opportunity to double that figure in the same period through catering and retail sales.

The JV will deliver soft facilities management services, including catering, retail and leisure, together with hotel and mess services. The North contract will employ around 1500 people, covering 130 military establishments and will go live at the beginning of January 2018.  The Scotland and Northern Ireland Region contract will go live at the beginning of November 2017 and covers a further 103 military establishments and will employ around 1030 people.

Carillion Interim Chief Executive, Keith Cochrane, said: “These contracts play a critical role in supporting our armed forces and they have a number of aspects that require a specific, regional focus. They will enable us to create further training and employment opportunities for ex-services personnel in support of our commitment to the Armed Forces Corporate Covenant”.

A bit of a tattoo

Interserve has secured a contract extension valued at £10 million to erect the 8,800-seater grandstands over the next five years for The Royal Edinburgh Military Tattoo.

Interserve has been responsible for building, dismantling and storing the spectator seating since 2013.

Construction of the complex steel frame grandstands on the esplanade of Edinburgh Castle is, however, only one part of the fast track 22-week programme of works, which this year began at the beginning of May. In addition, Interserve will continue to manage three other key areas: the transportation and logistics of the grandstand elements from nearby Livingston where they are stored when not in use; the facilities management requirements of concerts in the run-up to the main Royal Edinburgh Military Tattoo and those of the event itself; and the dismantling of the grandstand and its transportation back to its storage space.

Picture: Main - Broadgate Estates has given Imtech Inviron a three year shopping centre contract at Drake Circus in Plymouth. Below - watch the set-up for the Royal Edinburgh Military Tattoo