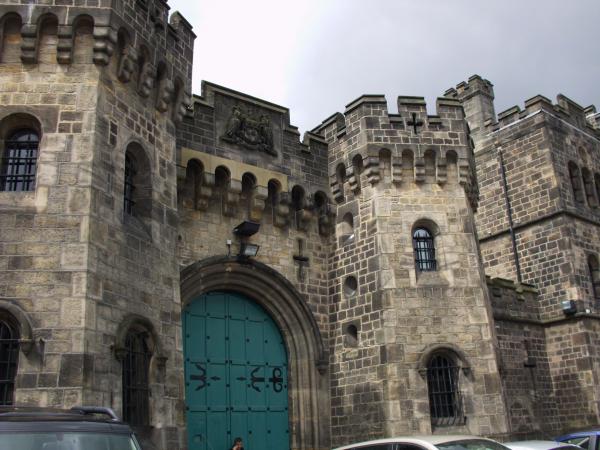 Four different duty holders have been fined after a worker was injured while replacing a window at Leeds Prison.

Leeds Magistrates’ Court heard how a broken window on the third floor at Leeds Prison was in need of replacing and that four parties were involved with the installation and all were charged with safety breaches for their part in the incident.

Stuart Tombs was the site manager via his own company SJT Site management Limited (SJT). SJT was contracted by Longcross Construction Limited (LCL), the principal contractor for the window replacement work.

Fewell Engineering Limited (FEL) was subcontracted by LCL and it was an employee of FEL who was pushing a trolley with the new window on it when the incident occurred.

The court heard an employee of SJT was operating a mobile elating work platform and driving it to the location of the work when one of the wheels struck the FEL employee and partially ran over his feet. The injured man suffered multiple fractures in his right foot, fracture of his left ankle and significant soft tissue damage to both feet.

An investigation by the HSE into the incident which occurred on 8 September 2014 found that Longcross Construction, Fewell Engineering and SJT Site Management, all failed to prepare suitable and sufficient risk assessments and method statements for the operation. It was also discovered Stuart John Tombs forged or fabricated site health and safety documents in an attempt to deflect responsibility.

Fewell Engineering, of Fairfield Works, High Wycombe Buckinghamshire, pleaded guilty to breaching Section 2(1) of the Health and Safety at Work etc. Act 1974 and was fined £20,000 and ordered to pay costs of £702.

Longcross Construction, of Hill House, Little New Street, London, pleaded guilty to breaching Section 3(1) of the Health and Safety at Work etc. Act 1974 and was fined £20,000 and ordered to pay costs of £303.

SJT Site Management, of Watling Street, Bridgtown, Cannock, Staffordshire, pleaded guilty to breaching Section 3(1) of the Health and Safety at Work etc. Act 1974 and was fined £600 and ordered to pay costs of £199.

Stuart John Tombs, of Bondway, Hednesford, Cannock, Staffordshire, pleaded guilty to breaching Section 33(1)(1) of the Health and Safety at Work etc. Act 1974, and was fined £100 and ordered to pay costs of £149.

Picture: Leeds Prison saw a worker injured in replacement of a window on the third floor at the Victorian establishment