Put That In Yer Pipe And Line It 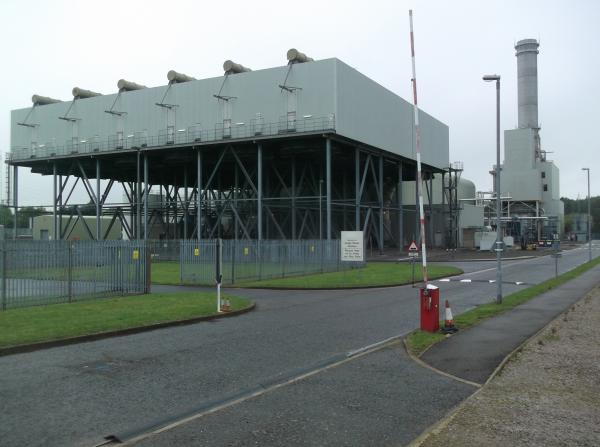 Drainage engineers have used no-dig pipe lining technology to carry out a comprehensive upgrade of surface water and foul drains at an East Midlands power station.

The work was part of a planned preventative maintain programme required by the power station's owner, ESB, the state-owned electricity supply company in Ireland.

Rob Heward, Mechanical Maintenance Coordinator at Corby Power Station, said: "Lanes were able to complete the work with no disruption to our processes, which was very helpful. As an energy generator, health and safety is a priority for us and the safety systems were exemplary."

Lanes had carried out a full CCTV drainage survey of the two-acre site in May, delivering a comprehensive report that allowed the power station to programme in remedial work.

Teams from the Lanes depot in Derby and the Lanes Lining and Renovation Division, in Manchester, worked together to plan and implement the drainage repair programme.

Chris Batey, Regional Manager for Lanes Derby, said: "We created a spreadsheet of all the remedial work, along with locations, so we could schedule it in the most efficient way.

"We kept a jet vac tanker on site all week, while also deploying a CCTV drainage survey crew, working alongside two lining teams from Manchester. With careful planning we could share resources optimally between the teams, and complete the programme within 10 days."

Point lining, also known as patch lining, is an ambient cure in place pipe lining technique that involves installing a resin-impregnated glass-fibre liner inside a damaged section of pipe, where it is inflated and then hardens to create a new pipe-within-a-pipe.

Lanes Lining and Renovation Division also installed liners where there were sections of pipe with more extensive damage, the longest of them was 56 metres in length.

Picture: Corby Power Station in Northamptonshire has had its drains lined and thus repaired

York Office Gets A Proper Brew

Enviva, the international, clean energy provider’s second office in York has had a major fit-out from workplace consultant Saracen. The accommodation, secured to...