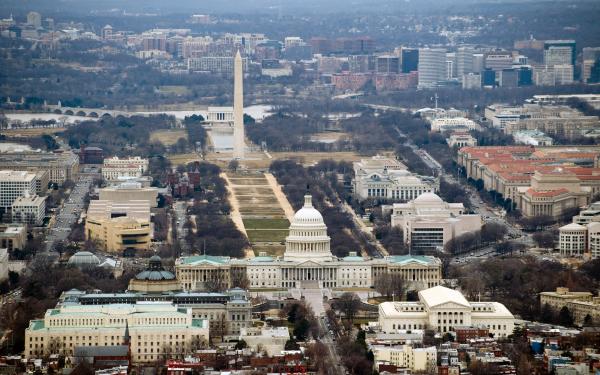 (The first presentation of Raising the Bar II had taken place in Washington DC (pictured above) in late January with no reports of inflamed interest arising. (Click here for TWinFM's coverage.)

This UK event was held at the famous RICS building in Westminster. It was very well attended by both suppliers and end users alike.

The presentations were initially very well received, however, it was when we got to the panel session (that some felt was weighted towards suppliers) that things livened up!

The panel were opinionated on the topic of GIGO (garbage in garbage out) stating that if the client doesn’t provide full sets of information and asset lists, the supplier of services can’t deliver a full and proper cost proposal.

Julie Kortens – Head of Corporate Services for Channel 4 – took exception; interrupting the panel to say she felt patronised by a panel predominantly made up of suppliers to suggest GIGO is a customer problem. Others concurred, with one expressing the view that previous supplier-failure to fully gather information and to leave it with the client can lead to such problems.

This lead to a heated debate between a number of suppliers, the panel and clients. Ultimately a motion was tabled that neither supplier nor client should be arrogant enough to believe the other party is ‘wrong’ and that both sides should work in partnership for the benefits of all.

“We have been working in close collaboration with other trade bodies, including BIFM, IFMA, FMA, CoreNet and BSA on the development of our standards and most recently, RICS’ Global Strategic Facilities Management Note. In addition, we have held detailed consultations with our members and the sector at large, including service providers and clients, to help shape these documents and set our FM agenda for the coming year. We look forward to strengthening all these relationships in 2014 and beyond.”