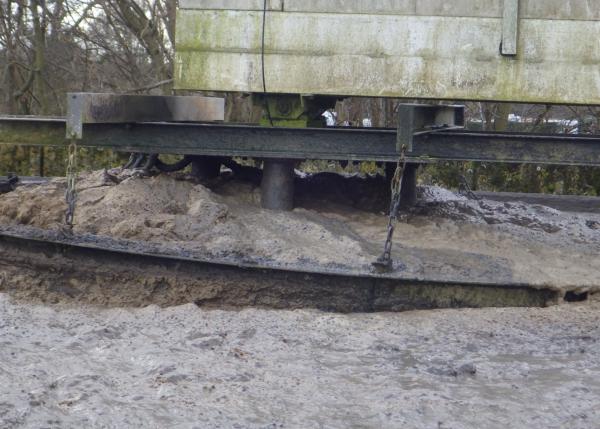 Thames Water Utilities Ltd (Thames Water) has (on March 22) been fined an unprecedented £20,361,140.06 in fines and costs for a series of significant pollution incidents on the River Thames. These offences were caused by negligence and led to the death of wildlife and distress to the public.

The prosecution saw 6 separate cases - which caused widespread, repeated, sustained and avoidable pollution at a number of sites from 2012 to 2014 - brought together in one hearing at Aylesbury Crown Court. It is the biggest freshwater pollution case in the Environment Agency’s 20 year history.

The court heard how TWUL’s repeated illegal discharges of sewage into the River Thames and its tributaries, resulted in major environmental damage including visible sewage along 14 kilometres of the river and the death of birds, fish and invertebrates.

The multiple incidents from the company’s wastewater sites in Oxfordshire, Buckinghamshire and Berkshire caused significant distress and disruption to the public. Riverside residents, farmers, local businesses, anglers and recreational river users were all affected. Sailing regattas and other events on the River Thames were also disrupted.

Investigations carried out by Environment Agency officers revealed a catalogue of failures by TWUL management. This involved repeated discharges of untreated or poorly treated raw sewage into rivers, disregarding risks identified by their own staff and failing to react adequately to thousands of high priority alarms used to alert them to the serious problems.

Sir James Bevan, Chief Executive of the Environment Agency, said: "Where companies experience problems through no fault of their own we will always work with them to resolve them but where negligence causes serious pollution or a serious threat to the environment, we will seek the strongest possible penalties.

"This case sends a clear signal to the industry that safeguarding the environment is not an optional extra, it is an essential part of how all companies must now operate."

His Honour Judge Sheridan, condemned the 'disgraceful conduct' of Thames Water Utilities Limited, which he said was 'entirely foreseeable and preventable'. It was 'a very dark period in the history of Thames Water' who demonstrated 'scant regard for the law, with dreadful results for people who live in the area'.

When commenting on the level of the fines, Judge Sheridan, noted this was a record breaking fine for record breaking offending. He said that the fines must be met by Thames Water and not be passed onto customers; it was the company, not the customers, who broke the law.