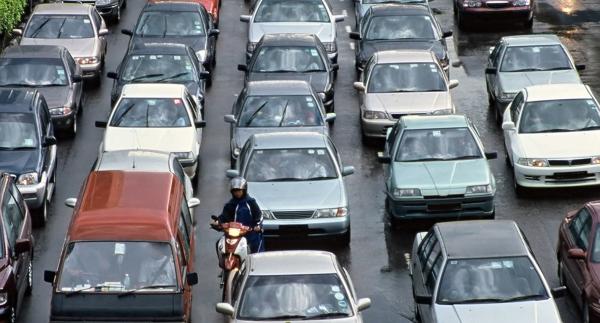 In the foreword this week to the Road Investment Strategy (RIS), the Secretary of State, Patrick McLoughlin, stated: ‘Roads should never be at a standstill. This is true at the best of times, and it could not be more true than today.’

He went on to commit the government to the following:

However, many will remember Margaret Thatcher and her Government’s White Paper in 1989 – Roads for Prosperity – where similar targets were set. In that case, the boast was to have 'largest road building programme for the UK since the Romans'. It has already been pointed out that with this latest strategy, there is little ‘new’ money for the schemes.

On top of that, the devil is in the detail, for what appears to be happening is a question of catch up after a number of years of cuts. According to the Department of Transport’s own figures, spending on all road maintenance on local authority minor roads has dropped by 20% since 2010 (from £2,221 million to £1,782 million).

Local roads in particular have taken a hit with recent report by the Local Government Association showing that the government has allowed £1.4 million per mile for maintenance of the strategic roads network over the six-year period to 2021, but £31,700 per mile for local roads over the same period. The strategic roads network, which includes motorways and A roads, form about 11% of highways in the country.

Not only that, there has been a disappointment by some that the government has not looked at other aspects than just the physical building of roads.

The Road Haulage Association (RHA) has accused the government of missing a ‘huge opportunity’ to lead transformational change in the logistics industry and boost growth. “The RHA and our members, including many of the industry’s larger firms, could not have been clearer,” began Richard Burnett, CEO, RHA. “We face a serious and worsening shortage of lorry drivers, which is already holding back growth, and significant government funding is needed to reverse that. This is fast becoming the biggest issue that the road haulage industry has ever had to cope with.”

Mr Burnett went on to state that there is a 45,000 driver shortage currently, with 35,000 drivers due to retire within the next year and only 17,000 drivers joining the industry. “The opportunity was there to end the long trend of under-investment and wholesale reliance on bringing in drivers from Eastern Europe," he said. “Thirty months ago, the logistics sector skills council identified the lack of funding as a key reason why we would soon have a serious driver shortage. Funding is readily available in many other, less vital sectors of the economy, with a limited level of availability for training lorry drivers, which is inaccessible and wholly inadequate."

But not all is doom and gloom for the government as the Freight Transport Association (FTA) voiced its support for RIS.

It believed it was ‘good news for the freight and logistics sector’ in the battle to tackle congestion and fix some of the most notorious and longstanding problem areas on the UK road network.

“The FTA believes that this investment announcement has significant benefits for the freight industry in setting improvements to journey reliability,” argued Malcolm Bingham, Head of Road Network Management Policy, FTA. “The freight and logistics industry relies upon reliable road infrastructure to ensure that products are move efficiently and at reasonable cost.”

Picture: The Government has announced £15 billion spending on roads but will it be able to deliver?