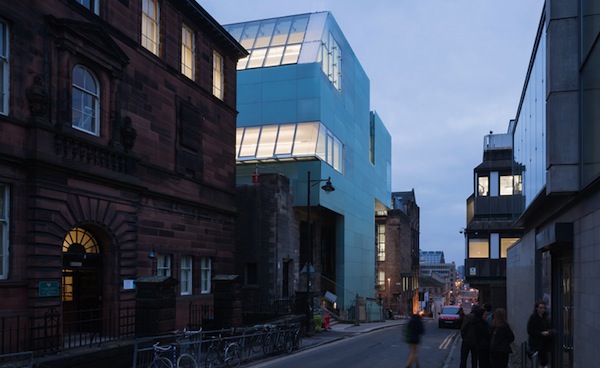 The Glasgow School of Art has announced that it is to create special bursaries for the students most seriously affected by the fire in the Mackintosh Building.

“In the aftermath of the fire, the GSA was overwhelmed with offers of support including offers of studio space from the Scottish art schools and from a broad portfolio of other art colleges in the UK, Europe and USA,” says Professor Tom Inns, Director of The GSA. “The beating heart of the GSA is its students and our priority is to ensure that all those most seriously affected by the fire are given the opportunity to rebuild their practice. The GSA will therefore create special bursaries which will enable the students have sufficient studio time to develop their practice and make new work.” The Scottish government is working with the GSA to develop the scheme.

The government also announced it would match fund up to £5m monies raised by the GSA for the restoration of the building. This funding will be in addition to any longer-term funding requirements for building recovery and restoration and which will be supported by the Scottish Government and its agencies following full evaluation of insurance liability.

The Scottish First Minister said: “The Mackintosh Building of The Glasgow School of Art is truly unique and the fire was a devastating blow for students and staff as well as the wider arts and architecture community worldwide. The very severe damage to the building’s iconic library, in particular, is a cultural loss of significant magnitude.

“The ‘Mack’ is an extraordinary building. It is an architectural gem and the artistic heart of Glasgow. It can and will be restored and everything which can be done must be done to deliver this."

The Glasgow School of Art will proceed with a Degree Show for students of Design and Architecture as planned, with special arrangements put in place for students in the School of Fine Art it was confirmed on 3 June. The MFA show will also take place in the Glue Factory as planned.

“Last week’s events had a significant impact on the GSA,” said Professor Tom Inns, (Director of The Glasgow School of Art). “But I am pleased to confirm that the GSA Degree Show for our Architecture and Design students will go ahead as planned. This will offer the public not only the opportunity to see work by a new generation of creative talent but also the first chance to visit our award winning Reid Building.”

“It has been a particularly challenging time for our Fine Art students and this exhibition ensures that although they are unable to stage a Degree Show at this time they are able to join with their fellow students across the campus in our annual showcase of creativity and innovation.” The School of Fine Art, whose students were significantly impacted by the fire in the Mackintosh Building, will be represented in a special exhibition in McLellan Galleries which will run concurrently with Design and Architecture Degree Shows.

The end of the 1970s saw many atrocities committed in countries around the world, yet the massacre of almost a third of Cambodia's people is perhaps the darkest...