RMT Call Vote to Pull Fingers Out at Underground Contract 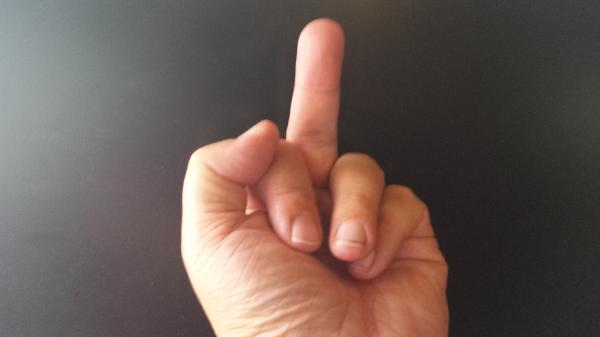 In a move worthy of the Luddite's, the RMT (Rail Maritime & Transport) union have called on their ISS London Underground members to vote on strike action because of a fingerprint booking on for work system. When asked, ISS immediately responded with the following:

ISS is very disappointed that RMT continues to adopt this position when three major unions have accepted the introduction of this Time & Attendance development.

Only the RMT Union however continues to object to its use by our employees and instructed RMT union members not to use the biometric machines as the RMT is in formal dispute with ISS following a ballot last year.

The new Time & Attendance process does not capture or hold employee fingerprints and this information has been explained to our people in face-to-face meetings and in writing.

We have engaged fully with the union and our employees and will continue to do so.

RMT Call Vote to Pull Their Fingers Out at Underground Contract

The RMT (Rail Maritime & Transport union), who would call call a strike over almost anything, have called on their ISS (you know...the massive FM contractor) members on a London Underground Contract to vote on strike action or action falling short of a strike because of a fingerprint booking on for work system. Meanwhile the union has also called industrial action ongoing from the 3rd September that will see many underground stations short staffed. The RMT wants to make the point that under-manned stations are a risk to travellers.

Below, ThisWeekinFM runs an unexpurgated letter from Mick Cash, Acting General Secretary, to all ISS LU RMT members. We await a response from ISS.

I write to all ISS members working on the London Underground Contract over RMT’s current dispute with your employer. As you know, ISS imposed a Biometric booking on system back in July without our agreement despite the clear and overwhelming objection of their own staff.

We have been in dispute with your employer for over a year because we firmly believe this system is a breach of your civil liberties. It is not acceptable for an employer to force staff to give their Biometric “fingerprint” data to allow them to work their shift.  As far as we are concerned, the system should be scrapped immediately and they should return to the agreed booking on system of signing in at the station and using the Autophone to notify ISS.  In many cases, the Machines have been installed in rat-infested cupboards used to store the stinking waste collected from the London Underground network. This is not only degrading but also a major Health and Safety concern which has been raised with ISS and we will be raising with London Underground at the highest level.

Since ISS imposed the machines in July, several of your colleagues and representatives have stood firm and refused to use the new system. Despite offering to use the established method of signing in, the company has refused to let them to work their duties and has locked them out. I do not believe it is any coincidence that many of those that have been locked out are your RMT reps. They have refused to be bullied by ISS and have suffered significant financial hardship because they have stood up for their principles.

Today we have told ISS that we are balloting all ISS LU contract members for strike action and industrial action short of a strike with voting papers being sent to your home addresses from Wednesday 3rd September 2014. I urge you to vote strongly in favour of action to send a clear message to ISS that you wont (sic) tolerate the invasion of your civil liberties and the locking out of your colleagues and reps.

VOTE YES FOR INDUSTRIAL ACTION SHORT OF A STRIKE

THUMBS DOWN TO FINGERPRINTING!