Rubbish In Methane Out 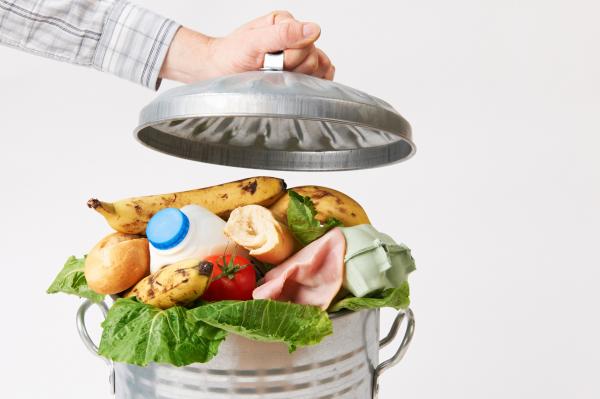 Food waste producers are being offered the chance to play a part in transforming the renewable energy landscape, by contributing to the first anaerobic digestion feedstock specifically designed to give a guaranteed production of biomethane.

The blended ‘soup’ – manufactured from food waste and sold to anaerobic digester (AD) operators under the Ch4rger brand – is mixed to a fixed specification. It provides AD operators with a consistent product, which supports a finely-tuned biocommunity that ‘eats’ waste to produce valuable biomethane. This keeps plants at peak performance and in turn, leads to a more regular production of gas.

Nigel Lee at Amur – which produces Ch4rger – described the new product as a natural development for the company. Amur’s parent company, AB Agri, has been routing food manufacturing by-products into animal feeds for 36 years. He explained that by buying into the concept, food manufacturers will be able to fully exploit the value inherent in co-products and wastes by pushing them through the channel which generates the most value (animal feed or AD), while also guaranteeing the best possible environmental performance.

Lee said: “Through Ch4rger, we offer a sustainable solution for those wastes that may not be suitable for animal feeds. In practice, this means we are able to advise customers on the most cost effective route for by-products. Most producers these days prefer the AD route for residual food waste but productivity varies hugely between plants. If customers choose to send animal by-product and other wastes to Amur, they can be certain that their material will not just be a tick towards sustainability – any food waste used to make Ch4rger is having a significant impact on the productivity of the AD plant it feeds.”

Lee explained that many AD plants struggle to optimise gas production. This is largely due to variance in the food waste put into the plant. “Just like the human stomach, the bacteria that produce biomethane struggle when the feedstock changes. Feeding a plant consistently really helps the bacterial population and health, which, in turn, helps to optimise the volumes and consistency of gas which is produced.”

Amur has built its own AD gas to grid site. The 3MW facility in Yorkshire is processing 60,000 tonnes of food waste, to deliver 40,000 MwH per year. Lee said: “We built the plant because we wanted to show the industry that we can do a good job, but we also wanted to completely understand the pitfalls and challenges involved in operating an AD plant. Our priority is the biological health of our plant; we are feeding it 100 per cent on our Ch4rger recipe and the biology is extremely consistent.”

Picture: Consistency of the food waste going in is key biomethane coming out an anaerobic digestion plant

A charity organisation dedicated to fighting hunger and tackling food waste in the UK is now being given support from Compass Group UK & Ireland. The partnership will...

Stand up for Food Month is an awareness campaign bringing attention and reduction to the £3 billion of food thrown away at hospitality and foodservice outlets....