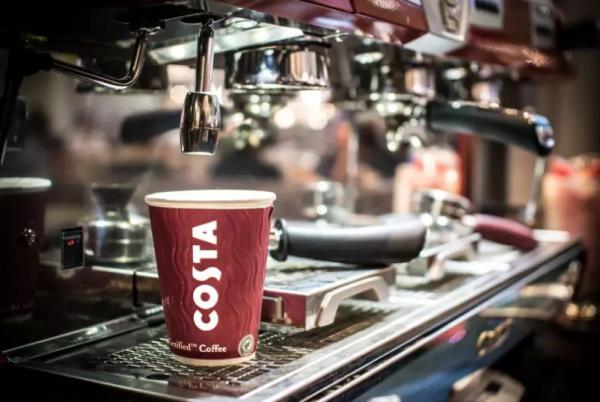 Costa is launching a nationwide recycling scheme across over 2,000 stores in order to recover and guarantee the recycling of its takeaway cups. Competitor takeaway cups will also be accepted by Costa to increase the number of cups recycled across the country.

Customers will be encouraged to leave or return their takeaway cups to a Costa store where they will be collected by Costa team members and stored in specially designed cup racks. Costa will then work with waste partner, Veolia, to transport them to specialist waste processing plants which have the capability to recycle takeaway coffee cups.

Following a successful trial in over 45 stores across London and Manchester, Costa is rolling out the recycling racks at the end of January 2017 with the message ‘we recycle any paper takeaway cup, no matter what brand’.

Jason Cotta, MD of Costa UK&I, told ThisWeekinFM: “We want to make it as easy as possible for the public to recycle their used coffee cups. Our research in Manchester and London shows around 40 cups per day are left in stores, which means we have the potential to recycle 30 million Costa cups a year. What’s more, the fact that we will accept competitors’ cups means we could significantly increase that figure. This will not be a trial. This is going to be business as usual.”

In addition, Costa is funding research at Sheffield University into cup recyclability and currently donates 25p to litter charities every time a customer uses a reusable cup in a Costa store.

Cotta continued: “We are taking a lead to find a cup that can be recycled anywhere. We hope our new in-store recycling offer is embraced by everyone – by our customers and by those who buy their coffee elsewhere.”

Picture: Costa has opened its cup recycling scheme to any coffee cup

New research says 89% of people believe packaging should change. The data shows the public want packaging to include recycled material, be more easily recyclable or be...