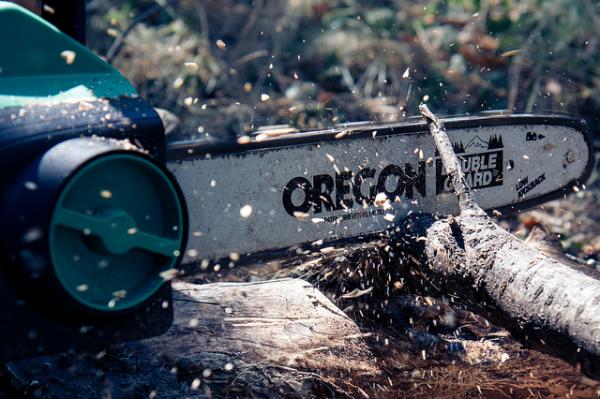 A construction company has been fined £3/4 million for asbestos failings; another for a falling load crush; another for a trench collapse; and another for an horrific chainsaw accident. The total fines and costs are over £one-and-a-half million - each fine reflects not just the seriousness of the cases but also the size of the firms involved.

Barroerock Construction Limited has been fined after repeated asbestos failings.

Canterbury Crown Court heard yesterday how the Health and Safety Executive carried out two investigations of working practices at a in Ashford, Kent site in 2013 and 2014 while Barroerock were converting a former nine storey office building, which was known to contain asbestos, in to flats.

The first investigation arose from a routine inspection during one of the HSE’s refurbishment campaigns. The Court was told that while a refurbishment and demolition survey had been carried out, the company had failed to act upon it. This resulted in up to 40 workers being exposed to asbestos during the early demolition phase of the project.

The second investigation culminated in a visit to the site in June 2014 following complaints being made about the health and safety practices at the site. It was found that despite engaging a licensed asbestos contractor to remove the remaining asbestos materials, dangerous practices were continuing. In addition the company was unable to provide documentation to show that asbestos materials identified in the survey had been correctly removed. When the work on site was halted for the second time, about 160 people were working inside the building.

It was found in both HSE investigations that these incidents could have been prevented if Barroerock ensured they had effective management controls in place to avoid the risk of exposure to asbestos.

Barroerock Construction pleaded guilty to two offences under the Construction Design and Management Regulations 2007 and was fined £750,000 and ordered to pay costs of £14,874.68.

Stafford Crown Court heard how an employee of DHL Services Limited was auditing in-coming deliveries of equipment in an outside yard at JCB World Headquarters when he was struck from behind by falling machinery.  At the time of the incident the hydraulic rams were on a trolley being being towed by an electric tug.

The trolley toppled on its side trapping the DHL employee between it and a stillage. He suffered multiple serious injuries including fractures and internal injuries.

An HSE investigation into the incident which occurred on 16 October 2013 found there were a number of safety failures related to this auditing activity and the segregation between employees and vehicles using this area, leading to an unsafe system of work.

HSE Inspector David Brassington said after the hearing: “The dangers of failing to provide effective segregation between pedestrians and vehicles are well known. Both of these companies were well versed in transport risk management and both fell well below the required standard in ensuring that such risks were effectively managed in this area.”

A Fife construction company has been fined after a worker had to be dug out of a trench that collapsed onto him. Dundee Sheriff Court heard the 43-year-old employee of Wallace Roofing and Building Limited suffered a broken shoulder and collarbone as well as punctures to both of his lungs and fractures to all but two of his ribs.

Emergency services helped the rescue operation following the incident in September 2011. A trench was being dug. A man laying new piping in the trench. During this operation one of the trench walls, nine feet deep, subsided, burying the worker under the dislodged earth.

Workers immediately started digging the soil away from the man’s head to allow him to breathe. He remained partially buried in the trench until the emergency services arrived and dug him free. He remained in hospital for almost three weeks.

The HSE found that the trench had not been supported or ‘stepped back’, to control the risk of the trench collapsing. Inspectors also found that nobody had formal health and safety training for managing a construction site and that work involving the excavated trench had not been risk assessed. As a result, workers were given instructions through verbal briefings rather than detailed, mapped out planning.

Wallace Roofing and Building was fined £14,000.

A company has been fined after an employee was seriously injured by a chainsaw while felling trees. Basildon Magistrates’ Court heard that an employee of Growing Green Limited suffered deep cuts to his arm while working with another colleague at the Brentwood Nursery on 6 April 2016.

The two employees were working together with one person holding and supporting the branches and the other cutting through them using the chainsaw. During this operation one man’s arm landed on top of the moving chainsaw. The man sustained deep lacerations damaging the nerves in his arm.

The HSE found that neither man had been trained to operate the chainsaw, nor were the pair wearing any personal protective equipment (i.e. chainsaw trousers and jacket, chainsaw gloves, safety helmet, safety boots and eye protection). There was no supervision and no proper planning had been put in place.

Speaking after the case, HSE Inspector Tania van Rixtel said: “It was only luck that the gentleman did not lose his arm."

Picture: A chainsaw for illustration purposes only