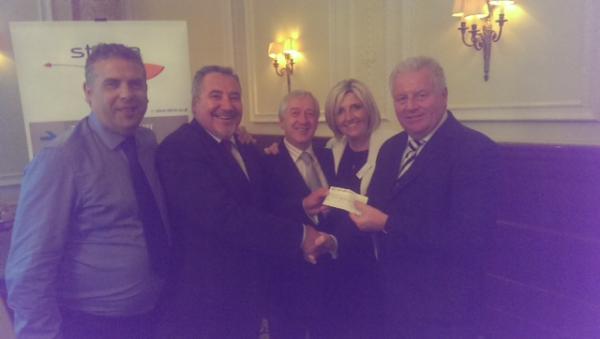 A charity raffle at the ThisWeekinFM Rocks event raised £200 for Samaritans in the City recently.

The Picture shows the TWinFM Team with Geoff Prudence, Drummer with The GT40's who provided live music at the event - and the charity cheque. ThisWeekinFM Rocks Around the Christmas Tree is already booked for December at the venue.