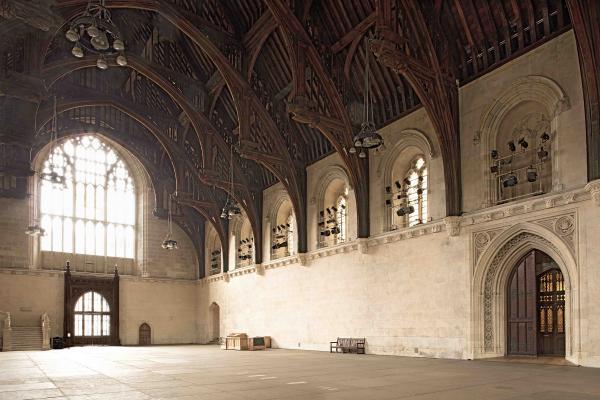 The next phase of refurbishment work on Westminster Hall has started with the extensive and careful construction of scaffolding inside and outside the Hall over the next three months.

The Hall will then undergo large-scale conservation and refurbishment work which includes an enhanced lighting scheme, internal conservation of the hammer-beam roof, fire safety improvement works and both internal and external repair to the lead covered lantern at the southern end of the Hall. This work will be completed by the beginning of 2019.

Westminster Hall, which dates back to 1099, is the oldest part of the parliamentary estate and forms part of the Westminster UNESCO world heritage site.

The Hall has been in constant use since it was first constructed and has been the site of crucial events in the UK’s history, such as the trial of Charles I, coronation banquets, the lying-in-state of monarchs and prime ministers and addresses by world leaders.

Picture: With thanks to UK Parliament and Adam Watrobski

BW: Workplace Experts has recently completed the strip out, Cat B fit out and refurbishment works on a government project in Westminster, London. The project involved the...