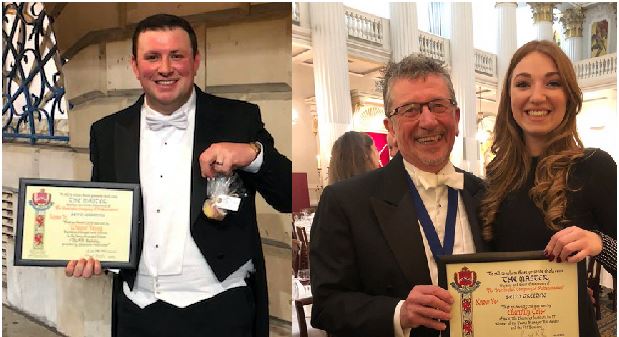 The Worshipful Company of Pattenmakers has opened nominations for its annual Young Manager Award to find a talented young FM deserving of the training and development opportunities it provides.

The award is open to managers aged 21-32 working in the FM sector, who must be nominated by their employer. The deadline for submission of entries is November 11.

Employers may nominate more than one young manager from their organisation.

Shortlisted finalists must be available for interview on November 29 in London.

Nomination forms and further information about the Young Manager Award are available from www.internationalworkplace.com/pattenmakers

The winner of the Pattenmaker Young Manager Award receives expert support to create a varied and bespoke personal development programme, including off-site courses and a programme of customised work placements designed to broaden their perspective. The training programme will be developed in full consultation with the winner’s line manager or employer. There is also a small financial bursary kindly donated by FM consultancy Glennister Associates.

The Young Manager Award enjoys industry-wide support, including from the Royal Institution of Chartered Surveyors (RICS). A spokesperson said: “RICS supports the Pattenmakers’ Young Manager Award as it, like RICS, promotes the highest professional qualifications and standards and continuing professional development.  We hope that this award will enable and encourage the winner to reach their full potential in the facilities management profession.”

The judges are looking for a young manager who:

Nominations should be made on the application form, together with a letter of support from the line manager who puts them forward.

Nomination forms and further information about the Young Manager Award are available from www.internationalworkplace.com/pattenmakers

The Pattenmakers is one of the historic Livery Companies of the City of London with its origins dating back to the 14th century. In recent years the Company has become the Livery home of the facilities management industry and of professionals from across the built environment sector in addition to its traditional membership from City institutions.

For further information about the Award contact David Sharp FCIM FIWFM on 07787 523138 or email david.sharp@internationalworkplace.com

Picture: Wayne Young, Facilities Manager at Hermes, winner of the Pattenmakers Young Manager Award 2019 at the Mansion House in London.