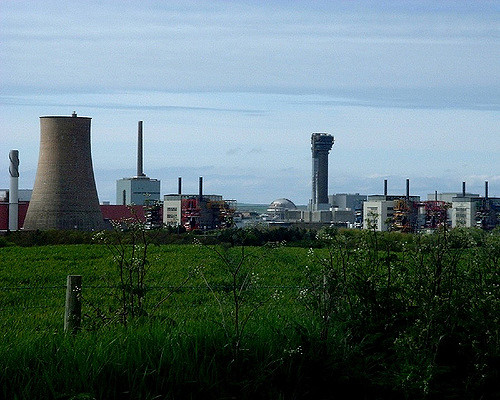 GMB members employed as ancillary staff by contractor Mitie at Sellafield are to strike on Wednesday, November 29 over below inflation wage increases - with the Union claiming this is a real terms pay cut - something vast numbers of employees across the country are facing up to without resorting to industrial action.

"It is simply wrong that people doing hard, dirty and difficult graft at the sharp end on a nuclear plant should be in receipt of pay rates which many then have to supplement with in-work benefits," said a GMB spokesperson.

When Mitie were contacted for a response, a spokesperson said: “Our team provide important services at the Sellafield everyday and we recognise the contribution they make at the site. We are actively engaged with GMB and are fully committed to ensuring the safe continuity and delivery of services at Sellafield, during any strike action.”

Mitie staff will be joined by 3,000 direct employees (in a separate dispute) with a walkout from 6:01am on Wednesday until 5:59am on Thursday, 30.

What's the dispute about

Mitie is contracted by Sellafield Ltd to run facilities at the site - organising industrial cleaning and work such as catering, business services and security. The GMB says the firm offered a 1% increase earlier this year to the 300 staff it employs. This was rejected and so Mitie upped the offer to  2%. This was also rejected. The company then imposed the 2% as a final settlement.

The staff earn on average less than £8.00 an hour - with a large proportion on just above the national minimum wage. Thus, with RPI inflation running at 4%, the offer would represent a real terms pay cut...a situation being highlighted at this time as thousands of UK workers find themselves trapped in falling real terms wages and a situation unlikely to change until 2021 according to the Institute of Fiscal Studies.

Chris Jukes GMB Senior Organiser said: “Our members working for Mitie at Sellafield do vital jobs that may not be seen by everyone in management as exciting or important but the site cannot function effectively and safely without them.

"The taxpayer is losing out all ends up as Sellafield Ltd executives pay themselves massive bonuses as rewards for failure whilst writing contract specifications and prices that do not enable workers to get a living wage rate for the job."

Picture: Sellafield where FM workers employed by Mitie are to strike on Wednesday, November 29 over below inflation wage increases

FM provider Mitie has insisted that its contingency plans will counter GMB security scanners who walked out over a pay dispute. The baggage scanning staff walked out...

FMs and management teams have a duty of care to staff and building users. In extreme heat itâ€™s vital to make sure people are as safe and comfortable as possible. Click Image To Read More