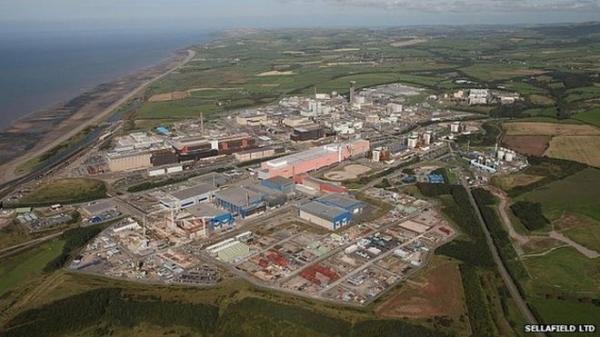 Two strikes rock the Sellafield nuclear plant in Cumbria as members of Unite and GMB come out against management decisions.

The simmering disputes that have bedevilled industrial relations at the Sellafield nuclear power station erupted this week with both Unite and the GMB calling for walkouts.

As far as Unite is concerned, its action means that workers from nine sub-contracting companies will be staging a ‘wave’ of industrial action in the escalating dispute at Sellafield in Cumbria to improve what it states are matters concerning health and safety and productivity.

Construction workers involved in the decommissioning and renewal project at the site are ‘angry’ at the alleged refusal by Sellafield Ltd and the 14-strong group of sub-contractor companies to facilitate a full-time union convener on the site.

Ballots are also being held at four other sub-contractors – Amec Foster Wheeler, Doosan Babcock, Hargreaves and PC Richardson & Co for industrial action on the health and safety issues. The ballots close on today, Wednesday, 26 August.

“The bully boy tactics by the sub-contractors are still continuing as our members raise legitimate concerns about health and safety,” complained Mick Whitley, Regional Secretary for the North West, Unite. “Unite has repeatedly called for meaningful talks but they have been rebuffed at every stage, and our members have no alternative but to take industrial action, including a day’s strike on 23 September.

This week has also seen the GMB decide to take industrial action in a dispute that goes back 18 months surrounding 400 members who act as health monitors. Strike action started on Tuesday, 25 August and will continue to this Friday in a pay dispute. There is also the allegation that the management has been attempting to derecognise the GMB by changing the grading of the monitors.

Picture: This week has seen industrial action by Unite and the GMB at Sellafield nuclear power facility with both disputes a consequence of long running differences between the management and unions