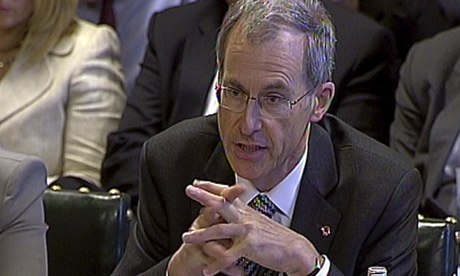 The Serco Group has just announced that Chairman, Alastair Lyons, has informed the Board of his intention to step down once a new Chairman has been appointed.

Serco is the major facilities management provider across a range of disciplines and a major government contractor. The company (along with G4S) has been severely sanctioned for charging the government for services it did not provide. Heads have rolled across the firm in a bid to deflect blame - and more to the point, to encourage the government that those that remain are keen to put their house in order. The government has not seemed convinced and although has not banned Serco and G4S entirely, they have made it clear that alternative suppliers are being encouraged to come forward.

Serco shareholders have also demanded action as write-downs on loss making contracts have totalled an amazing £1.5 Billion (approx). The company made a £7.3m loss for the year 2013 and both 2014 and 2015 were likely to be worse. For 2013, the company was saw  £2 Billion lesss work won; £425 Million wiped-off market value; probes into its work; a major Fraud Squad enquiry; and an £18 Million profits downgrade.

Lyons said: "Since the events of last year I have sought to stabilise Serco with new management and non-executive directors; a much improved relationship with the UK Government; and clarity as to our strategic direction.

"The Contract and Balance Sheet Review, the reassessment of the Group's future prospects and the creation of the right capital structure are all necessary steps in putting Serco back onto an even keel and giving our new management team the basis for taking the company forward again.

"The initial findings of the Strategy and Balance Sheet Review point to strategic and operational mis-steps at Serco for which, as Chairman of the board since 2010, I take ultimate responsibility. It is also the right thing for Serco to select a new Chairman, to take the helm for the future.

"Whilst colleagues have asked me not to resign, it has been my intention to step down once a new strategy and direction for the business were in place. I am, therefore, taking the necessary steps to ensure an orderly process for my own succession during the first half of 2015."

Rupert Soames, Group Chief Executive Officer, said: "Whilst I respect Alastair's decision, I want to put on record the fact that he has done an outstanding job stewarding the Company through the travails of the last twelve months.  Nobody could have worked harder or done more to get us to the point where we can now concentrate on building a solid future for Serco."