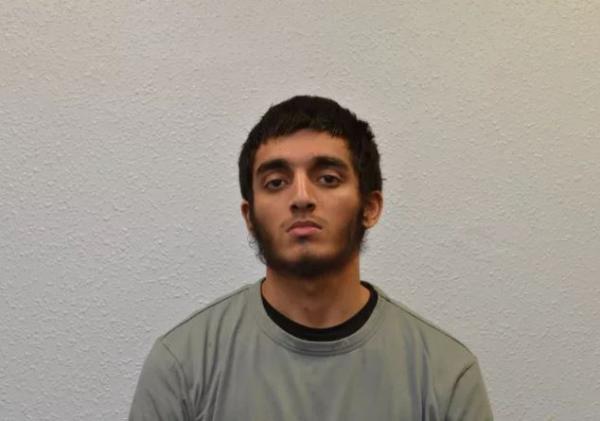 A young man, teenager Haroon Ali Syed, whose PIN code for his phone was 'ISIS' was sentenced to life imprisonment on Monday June 3.

He will serve at least 15 years before being considered for parole.

Haroon Ali Syed, 19 from Hounslow, pleaded guilty on 27 April to preparing for acts of terrorism between 12 April and 9 September 2016, contrary to section 5 of the Terrorism Act 2006. See ThisWeekinFM's opriginal story Here

Syed admitted trying to get a machine gun, handguns, suicide vest and bomb but when he couldn't raise any finance through loan applications, settled on trying to source a bomb, with a special request for it to be packed with nails so he could detonate it in a crowded place such as Oxford Street. He is also said to have seriously contemplated an attack at a concert in Hyde Park on the anniversary of 9/11.

In April 2016, Syed began unwittingly speaking to a security services officer online, requesting assistance to source weapons. He told the officer of his ambitions to obtain firearms and remotely detonate a bomb in a crowded place.

Subsequent digital forensic analysis of his electronic devices showed he carried out numerous internet searches for Isis propaganda, bomb making guides and what appear to be articles justifying the killing of women and children.

Officers from the Met Police Counter Terrorism Command arrested Syed at his home in Hounslow on 8 September. They seized all of his electronic equipment which later supported the case against him.

Commander Dean Haydon, MPS Counter Terrorism Command, said on the day of sentencing: "Our close working relationship with MI5 ensured we uncovered evidence that Syed was plotting to kill innocent members of the public. Today's sentence has ensured that a dangerous individual harbouring violent, terrorist ambitions has been removed from our community."

Commander Haydon continued: "This case is another example of the severity of the current threat from terrorism, which we cannot tackle alone."

Two other men arrested at the same time as Syed were later released with no further action.

A man who carried out a hate crime assault on a Muslim woman, including pulling off her niqab in a crowded shopping centre, was jailed on July 3.

Sharon Elves, from the Crown Prosecution Service, said: "This was a terrifying attack in which Scotter attacked a mother who was shopping with her nine year old son, subjecting them to an expletive ridden torrent of racist abuse.

"It was identified as a hate crime from the outset and Scotter's sentence reflects the seriousness of his actions."

Scotter was sentenced to 15 months in prison for the attack, which happened in Sunderland last summer.

Religiously aggravated offences are viewed as hate crimes and they carry higher maximum penalties to reflect their severity.

Detectives from the Met Police Counter Terrorism Command arrested an 18-year old man from north-west London on Tuesday, July 4  on suspicion of encouraging terrorism. He is being detained under the Police and Criminal Evidence Act (PACE) and is currently in custody at a south London police station.

Met Police Counter Terrorism detectives, assisted by officers from Sussex Police, arrested three men in the early evening of Friday, June 30  on suspicion of the commission, preparation or instigation of acts of terrorism.

Two men - aged 28 and 31 were arrested separately in Essex. The third 28-year old was arrested in East Sussex

A man arrested on suspicion of a terrorism offence has been bailed to return to a police station in mid-July. Officers on patrol in central London detained the man under the Police and Criminal Evidence Act at 5:00pm on Sunday, July 2.

Picture: Haroon Ali Syed - jailed for life. Below, more on his plans

Haroon Ali Syed used social media to speak to someone he believed to be a like-minded supporter of Daesh who would be able to help him carry out his attack in London. On 18 April 2016, Syed wrote, 'Two things. Number one machine gun and we need someone who can make a vest you know the dugma (button) one'. He went on, 'So after some damage with machine gun then do itishadi (martyrdom)... that's what im planning to do'.

Syed applied for bank loans allegedly for a motorbike (£4,000), a wedding (£2,000) and home improvements (£2,000) all of which were declined. The prosecution argued these were actually to fund his terrorist plans.

Between April and September he also accessed a number of graphic and extreme videos and images on his mobile phone. He also conducted searches for 'ISIS' and watched footage of terrorist attacks.

Just before he was arrested Syed was searching online for potential targets including: 'busy area in London', Oxford Street and an Elton John concert in Hyde Park.