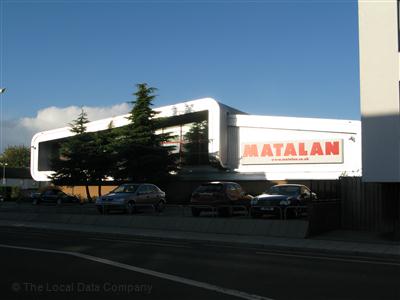 The Matalan Cheltenham superstore has been asked to install CCTV cameras after two sex attacks in a nearby street in 15 months.

Residents in the St Paul’s area of the town are campaigning for CCTV in the vicinity of Brunswick Street, the scene of two separate sexual assaults in little over a year. They believe the presence of the cameras, overlooking the street, will help to deter any future crime from taking place there.

Calls have already been made to Cheltenham Borough Council and the adjacent Matalan superstore, urging them to install the security systems and align them with an obscured part of Brunswick Street.

A spokesman for St Paul’s Street Watch, the group setup in the wake of the incidents, said: “These attacks show it is necessary to have CCTV. Having walked that street during our patrols, I am not surprised that assaults have taken place there. There are areas which are hidden from windows and view.”

Matalan said it was looking into the proposition of installing CCTV as a matter of urgency.

AlertSystems, a provider of commercial security systems to a wide range of businesses, welcomed the statement from Matalan. A spokesman for the company said: “It is encouraging to hear that the Matalan store near the scene of these two incidents is considering how it can improve public safety in the area. By installing its own CCTV security system, not only would it help in this regard but it would also ensure that their premises are monitored, should they become the target of criminal activity.”

Pictured: Matalan superstore in Cheltenham, may have CCTV installed after two sex attacks in the vicinity