Sexist Heels to Get Stamped On 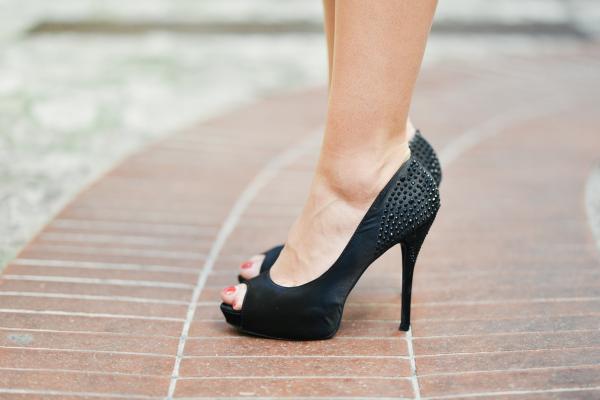 The Petitions Committee and Women and Equalities Committee have published their report 'High heels and workplace dress codes', revealing the troubling experiences of workers affected by discriminatory dress codes.

The two organisations took action following a petition (Make it illegal for a company to require women to wear high heels at work - that is still open) received 152,420 signatures.

The petition was started last year when a temporary receptionist/greeter, Nicola Thorp, turned-up for a nine hour shift at PwC in 'flatties'  and was told to either go and buy heels at her own expense or go home...she went home. (Thorp was working for the Portico agency at the time with a rule (since abandoned) female staff should wear shoes with heels of between two and four inches.)

The Government has said that the dress code imposed on Nicola Thorp was unlawful but the Committees heard that requirements for women to wear high heels at work remain widespread. The report concludes that the Equality Act 2010 is not yet fully effective in protecting workers from discrimination.

Urgent action needed to improve effectiveness of the law

The report calls for the Government to take urgent action to improve the effectiveness of the Equality Act. It recommends that the Government reviews this area of the law and if necessary, asks Parliament to amend it. It calls for more effective remedies such as increased financial penalties for employment tribunals to award against employers who breach the law, in order to provide an effective deterrent.

It also recommends that the Government introduce guidance and awareness campaigns targeted at employers, workers and students, to improve understanding of the law and workers' rights.

Key areas covered by the report include:

Helen Jones MP, Chair of the Petitions Committee, said: "It's not enough for the law to be clear in principle—it must also work in practice. The Government has said that the way that Nicola Thorp was treated by her employer is against the law, but that didn’t stop her being sent home from work without pay. It’s clear from the stories we’ve heard from members of the public that Nicola’s story is far from unique. The Government must now accept that it has a responsibility to ensure that the law works in practice as well as in theory. By accepting our recommendations, the Government could help employers and employees alike to avoid unlawful discrimination."

Maria Miller MP, Chair of the Women and Equalities Committee, said: "This inquiry reinforces the point that many employers do not see it as a priority to be aware of their legal obligations in this area and in practice individual employees are not in a position to take action to ensure their employers comply with the law. Whilst the level of tribunal fees is one factor, the Equalities and Human Rights Commission also needs to find new ways to make the law bite. Employers appear to risk non-compliance because the likelihood of any serious consequences are minimal. The EHRC must find new ways to support anti-discrimination test cases and appeals, so that the burden does not fall too heavily on individual women—especially those who already feel their employment position is precarious."

Nicola Thorp, who started the petition, said: "I am in full support of the recommendations within the Committees' report. This may have started over a pair of high heels, but what it has revealed about discrimination in the UK workplace is vital, as demonstrated by the hundreds of women who came forward via the Committees’ online forum. But employees should be able to speak out about workplace discrimination on a platform other than an online message board, without fear of losing their jobs. The current system favours the employer and is failing employees. It is crucial that the law is amended so that gender neutral dress codes become the norm, so that they do not exacerbate discrimination against the LGBTQ communities and those who do not conform to gender stereotypes. The law must also work in practice as well as theory; negative publicity and online petitions shouldn’t be relied on to prevent discrimination at work."

The petition will be debated in Parliament on Monday March 6