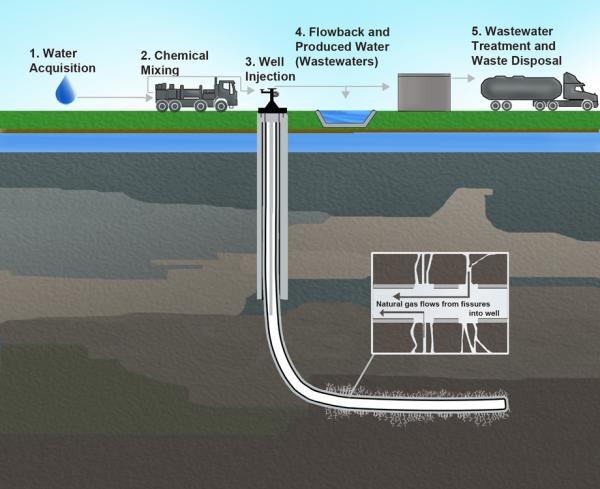 With the news this week that the Government has declared that only one county in England in Wales is not being considered for fracking (presumably the county they live in), the British Plastics Federation (BPF) has declared its support to last week’s Government Committee on Climate Change view which dismissed claims by protest groups that fracking would cause ‘significant damage’ to the environment and agreed that Britain needed shale gas to reduce its reliance on imports of foreign fossil fuels.

Meanwhile, the Government has commissioned a report from a company working in the oil and gas sector - AMEC  found that more than half of the UK could be suitable for shale gas extraction by fracking. The author, believed that this would result in 2,880 wells being drilled for gas or oil and that up to 32,000 jobs could be created, although perhaps only 17% would be for local people. However, the report accepted that there could be an adverse impact on water supply to local communities as well as higher lorry movements with an estimated 50 plus per well drilled.

Peter Davis, Director General, BPF, commented: “Support for shale gas is growing with positive noises from the Committee on Climate Change, the Campaign to protect rural England (CPRE) and the National Trust.  The latter two recognise fracking is less damaging to the landscape than other forms of extraction.”

He went on to argue that the Government needed to fast track planning permission from fracking sites in addition to the incentives it has already announced for exploration. It is estimated in Lancashire alone, there is 60 years’ supply of shale gas.  “Local communities should also benefit,” Mr Davis contended. “With looming energy shortages for the next few winters, with factories at risk of having to close production during a recovery, it is essential we rapidly extract shale gas.  Those who oppose it would probably have also opposed coal mining and steam trains.”

Enery minister, Michael Fallon, believed shale gas extraction benefits could be huge and that protection would be there to minimise environmental damage. “We have a robust system of regulations and provided companies have gone through due process, the map shows there is a huge amount of shale gas. What’s important for public confidence is to show the system is robust."

The environmental group Greenpeace has installed what it terms a ‘life-like’ 10-metre fracking rig and drill at Parliament Square this week to ‘bring...