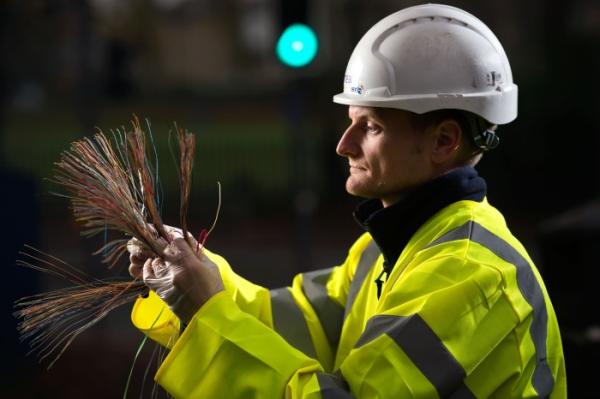 British Telecommunications PLC has been fined after two of its employees were seriously injured in falls from height.

Teesside Crown Court heard how two British Telecommunications (BT) Open Reach engineers had been given a job at BT’s Darlington Automatic Telephone Exchange. One of the engineers was installing a cable through a hole on the first floor along a ceiling level cable tray to the Main Distribution Frame (MDF) on the ground floor. In order to carry out this work he was working on a stepladder in amongst the lighting system. He felt a pain in his right arm and fell from the step ladder. He was taken to hospital with head and back injuries.

The accident was not properly investigated and later that day the work was allowed to continue. The second engineer continued with the work himself, from a different ladder. However he too fell to the ground and was taken to hospital with serious skull and back injuries.

A year to return

An investigation by the Health and Safety Executive into both incidents, which occurred on 1st April 2010, found that the work had not been properly assessed or planned, despite workers being exposed to such serious risks as working at height close to an electrical system.

Serious failings were also found within the electrical lighting system in that area, where workers were exposed to live metal parts, some at 240 volts. The system was poorly constructed and had not been properly maintained or tested. It is most likely that both engineers received electric shocks which threw them from the ladders.

HSE inspector Laura Lyons said after the hearing: “Work at height and working close to electrical systems needs to be properly assessed and planned so that adequate controls can be put in place.  This duty rests firmly with the employer. These life changing incidents could have been avoided if BT had provided safe systems of work and ensured that the electrical systems were properly constructed, maintained and tested. ”