Showing a Clean Pair of Heels 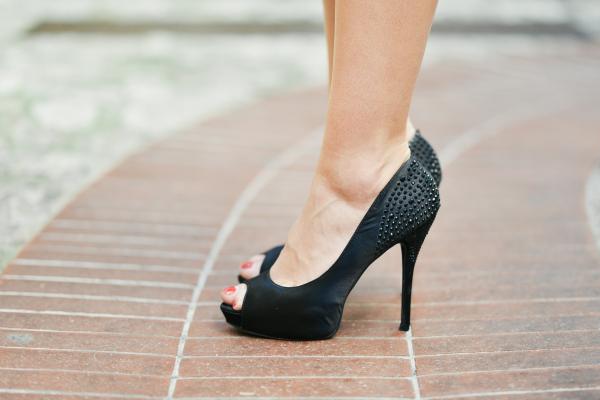 The plight of a temp worker who was told she had to wear high heels for a reception area in London has caused a furore and led to a debate over what is reasonable to demand from staff.

Although an actress, like many of her profession, Nicola Thorp has to pay the bills by taking on temporary jobs until thespian work arrives. This happened when she arrived at PwC’s London office to work in reception in December last year.

Working for an outsourcing company called Portico she was informed when she arrived for work that she was obliged to wear high heels which were between 2in-4in high. It was a demand that Thorp refused to comply with and she left PwC’s reception and returned home.

She told BBC London: “I was expected to do a nine-hour shift on my feet escorting clients to meeting rooms” and stated she was unable to do that in heels and enquired if a man would be expected to do the same shift in heels. The response by PwC personnel was that she was 'laughed at and told to go home without pay'.

Made to feel a heel

The matter might have remained out of sight until she decided to publicise the incident and launch a petition. The result this week is that she has appeared on many media outlets and forced both PwC and Portico to hastily redraw their positions on their dress codes. Perhaps the appropriately named Simon Pratt, MD, Portico, said: “The individual chose to return home and not complete the shift. It is common practice within the service sector to have appearance guidelines and Portico operates them across many of our corporate locations. These policies ensure customer-facing staff are consistently well presented and positively represent a client’s brand and image. They include recommendations for appropriate style of footwear for the role.”

Once the story broke this week, both PwC and Portico were retreating from what appeared to be resolute positions to outright capitulation. In its statement PwC said it placed ‘a great deal of emphasis on providing a progressive working environment for all of our people and we feel strongly that this must include third party employees working in our offices. We are now reviewing our supplier uniform codes to ensure they are aligned with our own values’.

Portico’s u-turn was even more cringing as in its statement it conceded it was revising its guidelines to make it clear that female employees could wear plain flat shoes ‘as they prefer’.

Getting the boot in

The embarrassing story involving Nicola Thorp has also caused a rush of similar stories of staff who felt they were forced to conform even though some of them had medical conditions ranging from arthritis to pregnancy when such footwear was clearly wrong for them.

Many female workers in the catering and hotel trades contacted the BBC to tell of their stories. Jordan Mae Antoinette who works for a hotel in London stated that all the women on her floor have to wear high heels. “Our shifts are nine hours long and each night we leave with swollen feet. Some waitresses complain about knee and back problems due to being in heels for so long.”

The question of whether employers can enforce high heels at work is a moot one and it appears at first sight that they can insist on this if it is in the business’s or organisation’s dress code.

Where it becomes unclear is if there is a health issue when high heels can lead to problems such as arthritis. The College of Podiatry has undertaken research into the problems that women have faced with footwear which has caused or exacerbated problems. The top foot problems suffered by women are blisters (55%), cracked heels (45%), veruccas (28%), corns (24%) and ingrown toenails (20%). More than twice the number of women to men report suffering from corns, cracked heels and bunions. Despite these problems, 19% of women have not sought help because they did not think their foot complaint was important.

The irony of the story hit home particularly on Wednesday as it was National Receptionists’ Day, an event that is spreading internationally.

First launched in 1991 in the USA to celebrate the role of professional receptionists, it is being promoted as ‘a special day to recognise and appreciate all the things that receptionists do for an organisation’ and counts among its sponsors Rapport and Condeco but to save its blushes, not Portico.

In promoting National Receptionists’ Day Jennifer Alexander, Executive Director of the event, commented on the appreciation that should be shown that would bring a smile to Nicola Thorp’s face. One way for senior management to show they cared was to hand out awards “or bunches of flowers...receptionists are the persons at the front desk, information desk, concierge, telephone operators, maitre d' and many others who are the first to greet and welcome customers, clients and the public. Their skills are critically important in creating and maintaining the image the company promotes in their sales and advertising efforts.”

Picture:   Is the case of wearing high heels for female receptionists too much of a walk on the wild side for men? With thanks to MoneySupermarket.com

Open from 11 January 2022, this is the only award that recognises and celebrates the exceptional front of house receptionists working in the corporate sector. The...

Churchill Group, one of the largest independently owned soft service providers in the UK, has announced the launch of On Verve, a new guest services...

Guest services provider Rapport is calling on all organisations to celebrate their front-of-house staff on International Receptionists' Day. International...

Guest services provider Rapport is calling on businesses to recognise and thank their professional telephone operators on National Telephonists’...

Portico has been selected to provide guest services at 125 Old Broad Street, winning the contract from the incumbent that had been in place for more than eight...

Portico has been selected to provide resident and guest services at 22 Bishopsgate, the newly constructed vertical village in London. The site is due to open and...