Showing Off the Best in UK Building 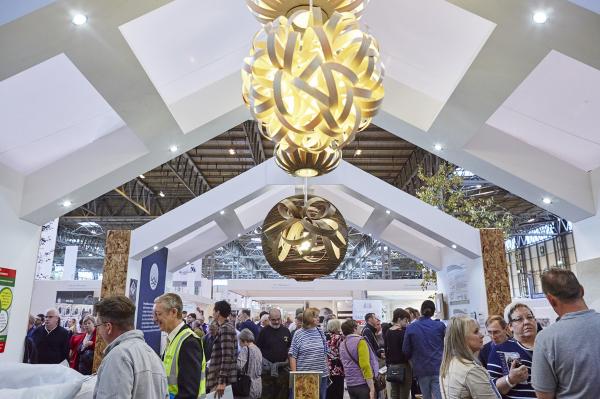 Last week’s UK Construction Week made its debut at the NEC last week and appeared to exceed expectations.

The format of having nine shows under one roof has paid off for what was the UK’s biggest building event since the demise of Interbuild as more than 85,000 visitors and over 1,000 exhibitors went to UK Construction Week at the Birmingham NEC.

This inaugural six-day event, organised by Media 10, spanned five halls of the exhibition centre and attracted visitors from across a wide spectrum of construction – from architects, interior designers and infrastructure engineers, to self-builders and home renovators.

With a combined purchasing power of around £8.5 billion, the 25,000 plus trade attendees included more than 60% of the UK’s biggest names in construction, e.g. Wilmott Dixon, Travis Perkins, Redrow Homes, Balfour Beatty, Galliford Try and Saint Gobain as well as over 7,000 individual companies, all discussing current and future projects, with reportedly numerous high value orders being placed at the show.

Feedback from exhibitors and visitors alike has been positive with a high number of re-bookings for the 2016 show already received. Some of the companies confirmed so far for next year include Easytrim, Bryson, Swiftec group, Johnson Tiles, Ranger Equipment, Airflow, VPS UK Ltd, Genpower / Hyundai, HDL UK and Home of Technologies, Rotho Blass, Cellecta, Vudlande and Just Swiss.

HVAC 2015 exhibitor Alan Siggins, MD, Airflow Developments, commented: “The event has enabled us to reach key specifiers, contractors and installers in the field. We’ve thoroughly enjoyed meeting so many customers face to face at the event.”

Richard Morey, Group Events Director at Media 10 believed that with construction growth continuing to play a major part in the UK’s economic recovery and with more than 2.2 million people employed in the sector, output and productivity could only increase. “We recognised that there is a very real desire for an event like this that brings the whole industry spectrum together, providing a much needed opportunity to network, learn and do business as well as simply celebrating the industry at a time of renewed optimism,” he commented.

Picture: With 85,000 visitors and 1,000 plus exhibitors, UK Construction Week pulled it off as an industry event

An extension to the Dame Kelly Holmes Sports Centre at Farnborough Sixth Form College to provide additional facilities for students has had column casings...