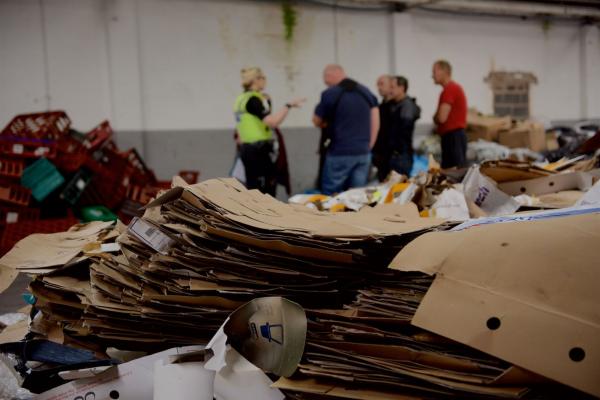 The Slavery & Trafficking Risk Orders – granted by a judge at Birmingham Magistrates Court – place strict conditions on how the pair run their business and are designed to protect vulnerable people at risk of exploitation.

It forces the men – aged 47 and 26 from Birmingham and West Bromwich respectively – to provide police with details of all employees and to pay staff via bank accounts and not cash in hand.

And the orders – which run for four years – also prohibit the suspects from providing any kind of accommodation or transport for workers.

West Midlands Police Detective Inspector Colin Mattinson explained: “It’s about removing the control, the power employers can exert over workers. We find victims put up in cramped, sub-standard conditions, paying excessive rent to their employers, being ferried to and from work and having no control over their finances.

“These orders force them to supply all details of people they employ; that means we can make regular checks on their welfare to ensure they have not been trafficked or are being exploited for slave labour.”

All four remain on police bail as detectives pursue further lines of enquiry.

Arrow Recycling Ltd has been fined after a worker was left fighting for his life after being crushed by about 400kg of cardboard.

Wolverhampton Magistrates’ Court heard how Parvez Ahmed, 49, had been working on the recycling site in Smethwick, West Midlands on 22 April 2016 when he was crushed under bale stacks of falling cardboard.

Mr Ahmed suffered a cracked skull and a brain haemorrhage from the incident and was placed into a coma for ten days in hospital.

An investigation by the Health and Safety Executive found the company failed to establish a safe way to stack bales. This resulted in unstable and heavy bales which eventually fell causing the injuries to Mr Ahmed.

Speaking after the hearing HSE Inspector Mahesh Mahey said: “If the company had safe systems of work in place Mr Ahmed would not have been seriously injured.”